Middle East (MNN) — The possibility of another ISIS crucifixion is generating plenty of media buzz. However, the Catholic News Agency is adamantly rebutting the claims. 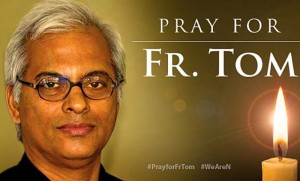 The fate of Father Tom Uzhunnalil is unknown.
(Graphic obtained via Facebook)

Some reports say a Catholic priest kidnapped in Yemen was crucified by the Islamic State on Good Friday. If true, Uzhunnalil wouldn’t be the first believer to meet this type of death at the hands of Islamic State jihadists.

Despite horrific acts like ISIS crucifixion, the words of Jesus in Matthew 5 – “love your enemies and pray for those who persecute you” – still ring true.

“One [way] is to get the Gospel to them. There are Christians that we know of who are living among the ISIS people. We need to pray for those Christians to know how to be safe and how to share the Gospel with [ISIS].” 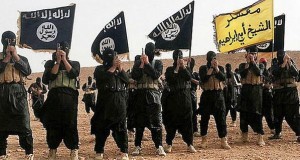 For those of us who don’t live in the Middle East or Europe and are unlikely to have direct contact with ISIS refugees, it’s easy to feel powerless. However, Van Valkenburg shares two primary ways believers can respond to news of ISIS crucifixion.

While the first – and most important – response is prayer, the second is just as vital.

With Christian Aid Mission’s financial support, 16 indigenous ministries throughout the Middle East reach out to people displaced by ISIS. They provide refugees with clothing, food, shelter, and basic necessities like medicine or baby formula. 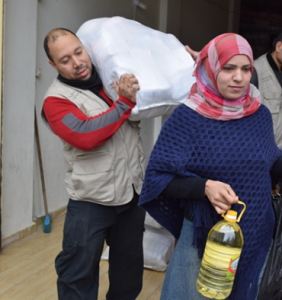 As these national believers meet the physical needs of refugees and ISIS victims, they share the hope of Jesus with them.

“There are many who are believing in Christ and…there’s great joy in a lot of their lives because they’re finding hope for the first time.”

Learn more about the efforts of indigenous missionaries, and help them buy the ministry supplies they need, through Christian Aid Mission.