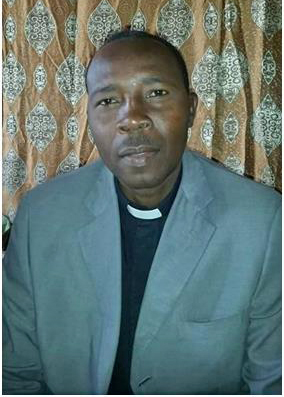 JUBA, South Sudan, March 16, 2016 (Morning Star News) – Sudanese authorities detained another church leader in the Khartoum area without charges on Monday (March 14), releasing him that night before arresting him again the next day, according to an area source.

The pastor’s wife urged Christians to pray for her husband as she does not know why he was detained.

“Pray for him and our family,” she said.

Several sources told Morning Star News that, prior to arresting the pastor on Monday, NISS officials had raided his home, scattered his belongings about the house and confiscated his laptop and documents. He was jailed for more than 10 hours and released around 1 a.m. before his re-arrest on Tuesday.

The pastor is well-known for composing worship songs.

“May God be with those who are oppressed,” a Sudanese Christian wrote in a prayer campaign on her Facebook page. “He will keep you safe from every evil.”

Sudanese authorities arrested two pastors without charges in Khartoum in December, releasing one, and they also arrested Telahoon Nogose Kassa that month, presumably for his advocacy against the government confiscation of the property of his church, Khartoum Bahri Evangelical Church. Kassa has been detained without charges since Dec. 14.

The Rev. Kwa Shamaal, head of missions for the Sudanese Church of Christ (SCOC), was arrested on Dec. 18 and released on Dec. 21 but had been required to report daily to NISS offices, where he was held from 8 a.m. until midnight, sources said. That requirement was removed on Jan. 16. His colleague, the Rev. Hassan Abdelrahim Tawor, SCOC vice-moderator, remains in detention without charges since his arrest on Dec. 18.

NISS officials were said to have been upset with the pastors for telling others that Christians faced persecution in Sudan. Authorities had arrested the two pastors from their respective homes at the same hour.

The arrest of Pastor Hassan comes after two South Sudanese pastors, the Rev. Peter Yein Reith and the Rev. Yat Michael, were released following eight months in prison on false charges of capital crimes due to their efforts to defend Khartoum Bahri Evangelical Church against the illegal sale of its property.

Michael, 49, was arrested in December 2014 after encouraging Khartoum Bahri Evangelical Church; the church was the subject of government harassment, arrests and demolition of part of its worship center as Muslim investors have tried to take it over. Reith, 36, was arrested on Jan. 11, 2015 after submitting a letter from denominational leaders inquiring about the whereabouts of Michael.

Pastors Shamaal and Abdelrahim Tawor are from the Nuba Mountain region of South Kordofan state. Ethnic Nuba, along with Christians, face discrimination in Sudan, where President Omar al-Bashir has vowed to adopt a stricter version of sharia (Islamic law) and recognize only Islamic culture and the Arabic language.

Shamaal’s church building was demolished in the Hai Thiba Al Hamyida area of Khartoum North on June 29-30, 2014.  Last year, after bulldozing a Lutheran Church of Sudan (LCS) building on Oct. 21, authorities in the Karari area of Omdurman demolished an SCOC building on Oct. 27 without prior warning, church leaders said. Local authorities said the SCOC building was on government land, a claim church leaders adamantly denied.

The Nuba people have longstanding complaints against Khartoum – including neglect, oppression and forced conversions to Islam in a 1990s jihad – but as Sudanese citizens on the northern side of the border, they were never given the option of secession in the 2005 peace pact between northern and southern Sudan.

The rebels in the Nuba Mountains were formerly involved with the southern Sudan People’s Liberation Army (SPLA) forces fighting Khartoum before the 2005 Comprehensive Peace Agreement (CPA).

Photo: The Rev. Hassan Abdelrahim Tawor of the Sudan Church of Christ has been detained without charges since his arrest on Dec. 18, 2015. (Morning Star News)