The rise of persecution in Nigeria

PUBLISHED ON 3 March, 2016 BY Lindsay Steele

Nigeria (Open Doors/MNN) — In the last year, killing of Christians has increased in northern Nigeria by 62%, according to Open Doors USA. 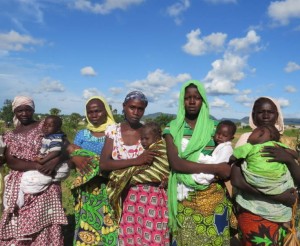 To better show how the violence is affecting the country, Open Doors and Christian Association of Nigeria (CAN) released the report “Crushed but not defeated: the impact of persistent violence on the church in northern Nigeria.”

A large part of the violence is due to the attacks by Boko Haram. But the ministry also says aggression is coming from Muslim Fulani herdsmen and the Muslim religious and political elite that dominates government in northern Nigeria, which means even if the terrorist group Boko Haram was defeated, persecution on Christians would still persist.

“Northern Christians wish to live in a free and fair society with equal opportunities for all.”

For decades, Christians have suffered from persecution and been discriminated against. With an estimated 30 million Christians in the north, the community is the largest minority group in the Muslim-majority society.

Open Doors hopes the report will be an eye opener for the global church and the Nigerian government.

A partner director for West Africa told Open Doors, “This report shows that the extent and impact of the persistent violence on the church in northern Nigeria is much more serious than previously expected. Once Boko Haram is defeated, the problem will not be solved. Christians living under Sharia law are facing discrimination and marginalization and have limited-to-no access to federal rights.”

Open Doors is working in the north. They’re funding development projects like clinics, schools and teacher training, and vocational training. Please stand with them and with the persecuted church in northern Nigeria.