Case Dropped against Christians Arrested for Evangelizing in Alexandria, Egypt 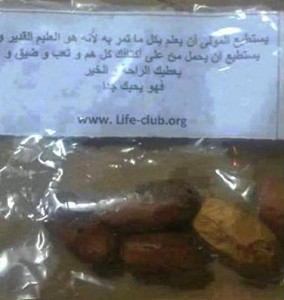 ISTANBUL, Turkey, February 26, 2016 (Morning Star News) – A regional prosecuting attorney in Egypt has dismissed a case against three Christians arrested last summer and accused of blasphemy during an evangelistic outreach, their attorney said.

The three Christians, one of them a minor, were being investigated pending possible charges of “showing disdain” to a “heavenly religion” under a statute that in every way but its official title constitutes a blasphemy law. The attorney general of Alexandria, Chancellor Saeed Abd Al-Mohseen, dismissed the case on Feb. 2, but the ruling was not officially issued until Wednesday (Feb. 24).

The prosecutor dismissed the case after an appeal by Hamdi Al-Assuity, attorney for the three Christians arrested on July 11, 2015 in the port of city of Alexandria.

“After the appeal, the case was sent to the general prosecutor in Cairo, who sent it back to the attorney general in Alexandria, who closed the case for the lack of evidence,” Al-Assuity told Morning Star News.

During the Islamic holy month of Ramadan, Fawzy Osama Ibrahim, 16, a first-year high school student, was arrested for handing out small bags of dates to passersby on the streets of Alexandria. In addition to the dates, a snack Muslims commonly eat when breaking Ramadan’s daytime fast, the bags contained a statement about God’s love and His omniscient nature.

“The Lord knows all that occurs, for He is the mighty knower,” the message read. “He can carry on His shoulders all that is oppressive and exhausting and bring comfort and joy, for He loves you very much.”

The bags also carried the name of an Arabic-language website about Jesus and the Christian faith.

The outreach offended a Salafi Muslim who forcibly detained the 16-year-old and took him to a police station, according to Al-Assuity.

Later in the evening, Ibrahim called a friend, Stephen Boutros Fayed, 21. Fayed and another friend, Shady Saeed, 20, went to the police station where Ibrahim was being held, and they were promptly arrested. Despite there being no evidence that the three were handing out dates together, police held all three in jail.

Two days later, on July 13, the three Christians were released on a 10,000 Egyptian pound (US$1,280) bond, awaiting further investigation by the attorney general’s office.

Immediately after his release, Fayed said on his Facebook page the arrest was unjust.

“If someone had been caught with hashish or was drinking alcohol on the street,” he wrote, “it would have been easier for them than everything we’ve gone through.”

Article 98F of Egypt’s Penal Code, while not strictly a blasphemy statute, prohibits acts that show disdain or contempt for “any of the heavenly religions or the sects belonging thereto.” A violation is punishable by detention for a period of not less than six months and not exceeding five years, or paying a fine of not less than 500 Egyptian pounds and not exceeding 1,000 Egyptian pounds.

Blasphemy cases have been on the rise since President Abdel Fattah el-Sisi was sworn into office in 2014, according to the Egyptian Initiative for Personal Rights (EIPR). The blasphemy cases disproportionately target Christians, but other religious minorities, such as Shia Muslims and Baha’i, have also been charged with actions against a “heavenly religion.”

Mina Thabet, program manager at the Egyptian Commission for Rights and Freedoms (ECRF), said that despite Sisi’s fight to end the influence of the Muslim Brotherhood and other hard-line Islamic groups in Egypt, Sisi is religiously conservative and much of the discrimination against Copts under former presidents Hosni Mubarak and Mohamed Morsi continues.

“The same restrictions on freedom of religion and belief exist, including the right to build churches, and impunity for sectarian violence perpetrators is still going on,” Thabet said.

The constitution protects freedom of speech, which should include religious expression, but Al-Assuity said this right more often than not is trumped by politics.

“In Egypt there is no political will to put the articles from the constitution that guarantee freedom of expression and belief in effect the right way,” Al-Assuity said. “These constitutional articles make Article 98F from the criminal code unconstitutional.”