Nigeria (MNN) — [UPDATE: SaharaReporters.com shares this report concerning the Dikwa suicide bomber who refused to detonate her device: “According to our source, when the young woman was asked why she failed to detonate her explosives, she said she was shocked to see so many people dead, adding that she did not want her parents, who were in the camp, to be killed.”]

Boko Haram strikes again, this time at a camp in Dikwa, Nigeria, harboring the very people they displaced. 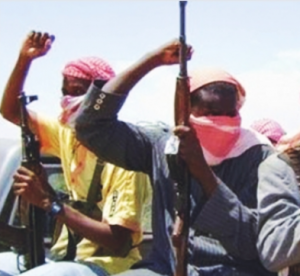 The other day, three female suicide bombers reportedly disguised as refugees infiltrated the camp. Two women detonated their explosive vests in the early morning hours, killing more than 50 people and wounding another 78.

“There is also some good news, though,” observes Voice of the Martyrs USA spokesman, Todd Nettleton.

“One of the ladies got to the camp and realized…her parents and some of her siblings were in that camp, and at that point decided, ‘I’m not going to blow myself up.'”

As explained here, news of the twin suicide bombing has been slow to break, primarily due to Dikwa’s remote location. However, the details that are emerging are grim.

The attack was allegedly launched in response to gains made last week against Boko Haram, a military source told CNN.

Over 100 kidnapped women, used as sex slaves by the terrorists, were among the Boko Haram captives freed by Nigerian armed forces. The jihadists “are pained by that, and hence their decision to send in suicide bombers for revenge.”

The Dikwa camp is reportedly housing between 50,000 and 52,000 people; women and girls make up a large percentage of that population. 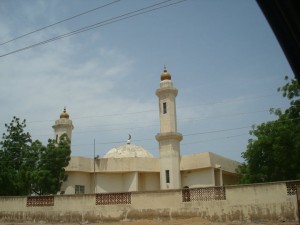 “In an Islamic culture, it would be inappropriate for a man (security guard) to search a woman, or to pat down a woman. So, I think there is an essence of that…of just avoiding security by being a woman.”

When faced with details like the ones described above, it can leave one feeling overwhelmed and helpless. But, as followers of Christ, there is always at least one way you can help.

On the surface, this simple response can seem inadequate: Boko Haram has killed 200,000 people since 2010, driven 2.5 million from their homes, and forced 100,000 Nigerians into neighboring countries.

Nettleton points to the instruction found in Hebrews 13:3 and notes, “We’re called to remember the Body of Christ around the world.

“When one part of the body suffers, we’re all supposed to feel that pain.” 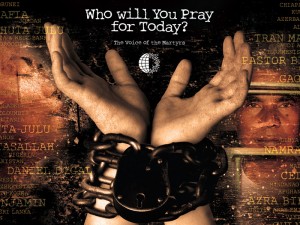 The persecuted aren’t the only ones who need your prayers, though.

“We want to pray that members of Boko Haram will come to know Jesus Christ in a personal way,” says Nettleton. “That’s the call of Scripture as well: ‘Pray for those who persecute you and say all manner of evil against you.'”

On March 4, VOM invites you to stand with them as they intercede for the Persecuted Church and for their persecutors.

During the admissions-free “I Am N” Prayer Event, you’ll have a chance to:

“I think you’ll walk out of the room with a new heart to lift up those who are suffering for Christ,” says Nettleton.