Young man unable to see or eat after assault. By Our East Africa Correspondent 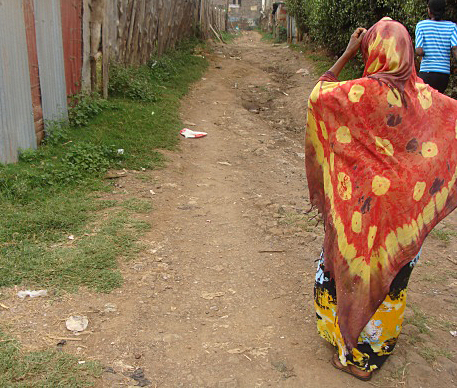 NAIROBI, Kenya, February 11, 2016 (Morning Star News) – A Christian of Somali descent in Kenya is unable to see or eat after Muslim relatives beat him unconscious on Sunday (Feb. 7) outside Nairobi, the young man said from his hospital bed.

The relatives indicated to 26-year-old Hassan (last name withheld for security reasons) that they ambushed him because they had learned that he and others were holding mid-week, Christian devotional times in their home.

Hassan and his 15-year-old brother were on their way at 9 a.m. to Sunday worship at a church (name withheld) whose building is 10 kilometers (six miles) from their home when they were attacked. Muslim family members and other Somalis continually monitor their movements, especially on Sundays, and for security reasons Hassan and his brother customarily take a different route to the worship service than their mother and other siblings do.

As the brothers made their way down a pathway off Ngong Road, their uncles hit Hassan from behind, he said. His brother said one of the attackers was a relative who lives 40 kilometers (24 miles) from them, on the other side of Nairobi.

“They hit me with a blunt object, and I fell down bleeding,” Hassan said. “Then they stepped on my stomach, and while I was struggling, another hit me on my head [with the blunt object]. I was not able to know what happened after that point. I just woke up to find my mother screaming for help.”

Hassan’s younger brother, who managed to escape and fetch his mother, said that one of the assailants had told Hassan, “You have been deceiving us that you have been having a ‘family meeting’ – we have found out that you have been conducting Christian activities, which is against of our family tradition of being a Muslim family.”

Hassan declined to name the relatives, saying he feared they would kill him. Somalis generally believe all Somalis are Muslims by birth and that consequently any Somali who becomes a Christian can be charged with apostasy, but Hassan was raised Christian from childhood.

In an interview at his hospital bed on Wednesday (Feb. 10), Morning Star News learned that he was unable to eat, could take only drink and was unable to walk. His eyes were so swollen that he was unable to see, and he complained of severe stomach pains. He could sit up only with his mother’s help. Internal stomach injuries appeared to have hampered his urinary system.

His mother, widowed in Somalia before the family migrated to Kenya, is poor but managed to buy him some pain killers and antibiotics.

“I cannot report this case to the police, because some of my relatives are police officers,” she told Morning Star News. “It might worsen our situation and security. The best we can do is to move to another safe locality.”

With eight other children – four of them under 19, the youngest 8 years old – Hassan’s mother said the family must rely on financial help from others for Hassan’s medical treatment. Her 17-year-old daughter recently had to withdraw from high school because the family was unable to pay her school fees.

“Please pray for us, that God will continue protecting us and heal my son at this trying moment,” she said. “We have to move away from this area for the sake of our lives.”

Muslim Somalis in Nairobi had seriously injured Hassan previously. On Oct. 27, 2011, a gang attacked him after they learned that family members had become Christian. The Somali neighbors hit him with a metal bar on his forehead and face, and he lost two teeth and sustained knife wounds to his hand. They left him for dead.