Iran: Imprisoned and blacklisted for Christ

PUBLISHED ON 2 February, 2016 BY Lindsay Steele

Iran (SAT-7) — [Editor’s Note: SAT-7 shares the story of a Christian Iranian couple who was forced to flee their homeland because of their faith.] 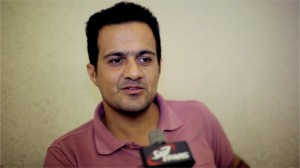 Imprisoned and blacklisted by the authorities because of their Christian activities, Arshia and his wife, Mahanaz, felt they had no choice but to flee Iran.

The couple shared their story with SAT-7 PARS for a special documentary filmed throughout Greece and Turkey about Iranian and Afghani Christians, who have had to leave their homelands because of persecution.

During the filming, the SAT-7 PARS crew discovered that Arshia and Mahanaz had come to faith through the help of another SAT-7 staff member. The couple had a personal relationship with the SAT-7 staff member inside Iran and were delighted to meet more of the SAT-7 family.

Baptized in Armenia, they returned to Iran and led a house church from their home in the mountains. They were discovered by the authorities, imprisoned and blacklisted. Upon their release, they were told they would be arrested again if they continued practicing their faith and would face severe consequences. 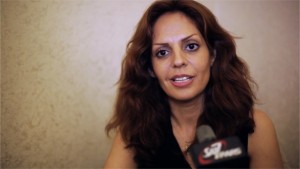 Arshia and Mahanaz felt they could not meet with other believers for fear of endangering them. Feeling silenced and isolated, the couple decided to flee Iran. Leaving everything behind, they walked for four days from Iran to Ankara, Turkey.

The couple have been living in a refugee camp for over a year now. “It is challenging,” says Arshia. “Our curfew is 10:00p.m. However, it does give us safety. God is good. We go to the Iranian church here and can worship freely.”

SAT-7 PARS exchanged contact details with Arshia. A month later, he sent a photo to the team and thanked SAT-7 for praying. He and his wife have managed to find employment in a restaurant. They are still waiting for their documents from the camp to receive permission to move on and make a home elsewhere.

Please pray for Arshia and Mahanaz as they continue to follow Christ – wherever He may lead.

Your support empowers SAT-7 to uncover the true hardships Iranian Christians are facing and to give them spiritual nourishment in their isolation.

Your gift of $1 supports 1 viewer for 1 year. Click here to give now.