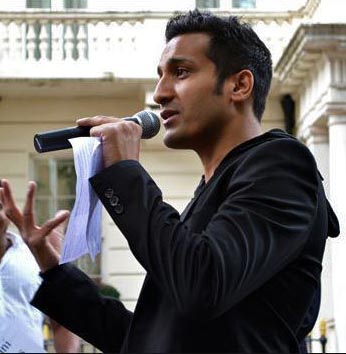 LONDON, October 31, 2015 (Morning Star News) – Two Muslim men who raped two Christian sisters in Pakistan last year have been acquitted after Islamists pressured a key witness not to testify and a prosecutor failed to show up in court, family and legal sources said.

The two teenaged girls (names withheld) had gone to a toilet in a field near their village of Jaranwala, Faisalabad on Nov. 28, 2014 when the men, Muhammad Shahbaz and Muhammad Azeem, abducted them at gunpoint, beat one for protesting, took them to a house and raped them throughout the night, they said. The girls said they recognized the assailants, said to be between 25 and 30 years old, as they were from their area.

The girls’ father, whose name is withheld for legal reasons, told Morning Star News a witness changed his statement after receiving a bribe, which led to the collapse of a hearing at Jaranwala Trial Court on Oct. 10. The court on Oct. 15 acquitted the suspects.

“The prosecution evidence contains a large number of material infirmities and contradictions, and the benefit of them, necessarily, is to be extended to the accused,” the judge said. “This leads this court to the obvious conclusion that the prosecution remain unsuccessful to provide its case against the accused beyond [any] shadow of doubt.”

The girls’ father told the British Pakistani Christian Association (BPCA) that he was upset and disappointed.

“We didn’t get justice,” he said. “The lawyer didn’t fight the case very well and with commitment. Mostly, he stayed absent from the hearings of the case during the proceedings. The lawyer didn’t even participate in the cross-questioning with the culprits in the court.”

Soon after the men were arrested, the girls’ family survived gunfire on their home, presumably from parties opposed to their attempt to prosecute. The family is in greater danger now, the father said.

“We face serious life threats from the culprits now, as they are being released from jail,” he said. “I will appeal to the High Court, because I want justice for my daughters.”

The BPCA rehoused the girls in Pakistan after the shootings and death threats by Islamists, and the London-based organization is providing the girls education, counseling and other medical help, a servant for the elderly and ailing father and legal aid to file an appeal.

“The case has allegedly been lost due to the unreliability of a key witness who originally, in the face of threats, refused to attend the court, then when instructed to attend by the court changed his original statement,” Wilson Chowdhry, head of the BPCA, said in a statement on the BPCA website. “Previously a family friend, [he] has been accused of taking a bribe and altering his statement in lieu of this payment.”

“From the outset we have been concerned about his lack of attendance at court and lack of response to our requests for updates,” Chowdhry said in the statement.

Gill told Morning Star News that he never demanded money in the case, but that financial contributions were welcome for his work. He accused the BPCA of character assassination.

“I took this case as a lawyer of on March 17,” he told Morning Star News. “Before this, the case was being conducted by the NCJP [National Commission for Justice and Peace], a Catholic organization. In this case, both the accused got bail before my engagement as lawyer. I never ever took a single penny from [the father] or even demanded from anybody else a legal cost or fee.”

Gill declined to respond to the accusation that he failed to show up in court. He said his first legal step in the case was to file for cancellation of bail of one of the co-accused, Muhammad Azeem, on March 18.

“Notices were issued,” he said. “After a number of hearings, finally the court gave direction in this case to the trial court in Jaranwala to conclude the trial within two months from the date June 9, 2015.”

Due to the severity of the threats against the family, the father of the girls said he is worried that it will be impossible to go back to his home in Jaranwala.

The elder of the two girls has suffered anxiety and depression since the attack and has been even more withdrawn since the court decision, according to Chowdhry.

One the sisters said that as they were walking in the field, the young men were touching them while laughing and jeering, leaving the girls both humiliated and terrified.

“We both prayed to God to free us from their clutches,” she said. “We recognized the young men as they were from our local area, and I pleaded with them not to do anything to us. For talking I was slapped in the face and punched hard in my stomach. We both kept quite after this.”

The justice system of Pakistan was biased in favor of the culprits because of religious discrimination, the girls’ father said. Pakistan’s population is nearly 96 percent Muslim, and crimes against Christians often go unprosecuted due to Islamist threats and the belief that largely impoverished Christians will not have the resources to overcome religious discrimination.

Chowdhry said Christians have been complaining for decades about sex crimes and forced conversions and marriages.

“Christian girls, who are never removed from the custody of their rapists, choose to agree to the terms of their marriage rather than see their families killed before them and receive further beatings and degradation,” he said. “How many girls will cry themselves to sleep forever, before international governments intervene?”

Chowdhry referred to a report by the Movement for Solidarity and Peace, a Muslim Non-Governmental Organization, which in April 2014 published, “Forced Marriages and Forced Conversions in the Christian Community of Pakistan.” The report notes that when girls are abducted and forcibly converted to Islam and married, the victim’s family usually files a First Information Report (FIR) for abduction or rape with the local police station.

“The abductor, on behalf of the victim girl, files a counter FIR, accusing the Christian family of harassing the willfully converted and married girl, and for conspiring to convert the girl back to Christianity,” the report states.

While the girl is still in the custody of the abductor, leaving her and her family vulnerable to retaliatory acts, a magistrate typically asks her to testify whether she converted and married of her own free will, according to the report.

“Upon the girl’s pronouncement that she willfully converted and consented to the marriage, the case is settled without relief for the family,” the report states. “Once in the custody of the abductor, the victim girl may be subjected to sexual violence, rape, forced prostitution, human trafficking and sale, or other domestic abuse.”

The report adds that in some cases girls are too young to give legal consent. Incidents of murder resulting from forced marriage have also been recorded, according to the report.

“We ask people moved by this story to sign our petition [www.britishpakistanichristians.co.uk]
and show solidarity with the weeping, Christian women of Pakistan, who lose their earthly lives but holdfast to a better promise in heaven,” Chowdhry said.