Asia Bibi: the case for religious freedom in Pakistan 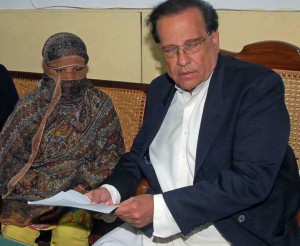 Pakistan (MNN) — Asia Bibi is the test case for Pakistan’s death penalty for those who fall afoul of the blasphemy law.

Bibi is a 44-year-old mother of five, a Christian, and in 2010 became the first woman in Pakistan’s history to be convicted under Section 295-C of the Pakistan Penal Code (PPC).  She’s been behind bars since her arrest six years ago on allegations of insulting the prophet of Islam.

Since then, information that has emerged on her case and her health has been inconsistent, at best. David Curry, president and CEO of Open Doors USA says, “The reason why there’s a lot of misinformation about this is because there’s a limited amount of people that can see her; people get information through the rumor mill or through letters.”

The latest round of confusion concerns Bibi’s health. Since early October, news agencies have been reporting stories indicating her health was worsening, and in some cases, that she was “gravely ill” with a kidney ailment.

The latest report is from World Watch Monitor. They spoke to Bibi’s lawyer who went to the prison to see for himself what was happening. Curry says according to that information, “Seemingly right now, her health is good.” As outsiders looking in, he urges us to keep the main thing the main thing. “She has been in prison, which we all acknowledge is a very difficult prison. So, she’s been there since 2009 for blasphemy–in essence, for saying that she’s a follower of Jesus.” 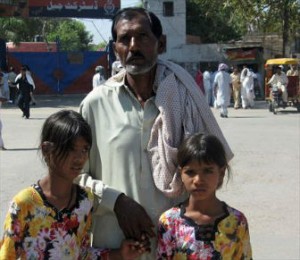 After her conviction, Bibi’s legal team filed an appeal with the Lahore High Court, which turned her down on technical grounds in October. They then filed her final appeal in July 2015, and that is pending before Pakistan’s top court. The Supreme Court hearing in Bibi’s case should begin sometime in the first couple of months of 2016.

Though the constitution guarantees religious freedom, Christians are often accused under Pakistan’s blasphemy laws, which indicate that any person who defiles the name of the prophet Muhammad or the Quran faces either life in prison or death. That means, “It’s very difficult for Christian workers–for pastors, for priests, just your average, everyday Christian–to express their faith.”

Many times, the blasphemy law is used to settle old scores between Muslims and Christians. The misuse of the penal code and the vigilante justice it incites are some of the reasons Pakistan has been highlighted by the United States Commission on International Religious Freedom this year. Curry says, regardless of what’s done to save face with Asia Bibi’s case, the point is moot if the law doesn’t change. “Pakistan has a very real problem that they’re going to need to address. They’re going to need to figure out how to control these extremist factions that continue to execute anybody that comes out in support of some more moderate posture towards religious freedom.” Christians have called for Asia’s release and for a repeal of the laws, while extremists in Pakistan continue to demand that she be executed. 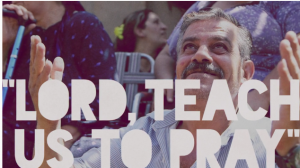 The International Day of Prayer for the Persecuted Church is Sunday, November 1. Curry says, “We need to pray for Pakistan, who, right now, is going through a lot of different turmoil. I’m hopeful that God is going to bring about something about it.” Pray for Asia Bibi who remains on death row in for blasphemy.  Pray that believers will remain bold about their hope in Christ, despite the pressure they face in Pakistan.