Christian workers sent to dangerous northeast gave their lives for the gospel. By Our Nigeria Correspondent 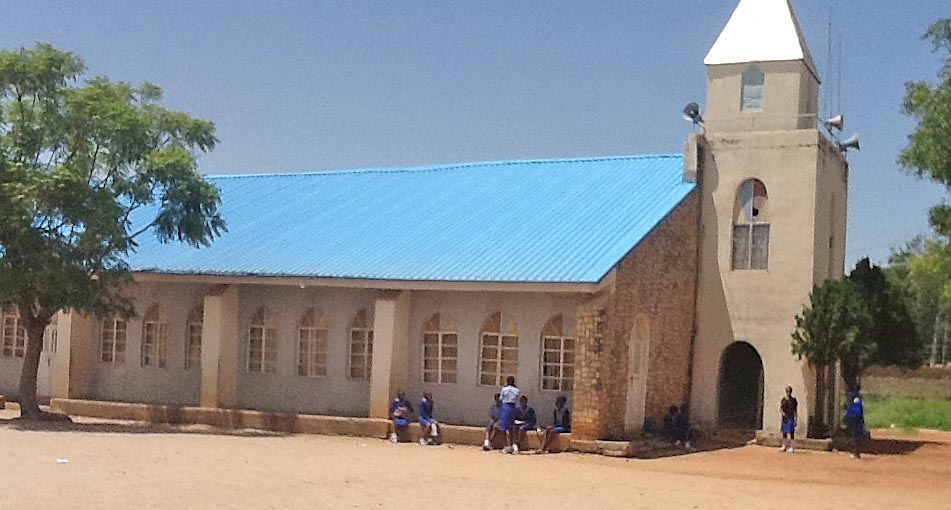 While President Muhammadu Buhari told an India-African summit this week that Islamic extremist group Boko Haram has been contained to “sporadic” attacks in remote areas, leaders of the Evangelical Church Winning All (ECWA) told Morning Star News how Nigerian missionaries sent to those areas have suffered.

“These missionaries have been laboring in very dangerous, remote mission fields, far away from modern civilization,” said Elijah Ipole, head of media for the ECWA’s Evangelical Missionary Society (EMS). “Some have had to bury their loved ones while in mission fields. Some have had their properties looted or completely destroyed by the enemies of the gospel.”

Established in 1947 to empower indigenous African missionaries to take over missions work from foreign missionaries in Nigeria, EMS has lost five of its leaders to Boko Haram and other jihadists in the last four years, according to the ECWA president. One of them, the Rev. Isma Dogari, was murdered in Bauchi state in 2011. An EMS report describes his death:

“The Muslims took him to a mosque just by the roadside and, once inside, gave him a Koran and told him to denounce Jesus and live. But he refused and told them, ‘You need Jesus Christ in your lives.’ They then plugged his eyes, brought him out of the mosque, took him under a tree and asked him again to denounce his faith and live, but repeatedly he told them, ‘You need Jesus.’ At this point they stabbed Rev. Isma Dogari with a knife, slaughtered him and burned his corpse.”

The Rev. Bukari Bunga, a director with EMS, told Morning Star News that Pastor Dogari was killed on April 10, 2011, while working in the Muntoshi Station. He was killed in Mararaban Liman Katagun. Other EMS missionaries killed by Muslim jihadists, according to Bunga, were pastor Ezra Ibrahim, killed in his station at Sabon Gida on Sept. 19, 2014; pastor Joshua M. Nana, killed in Bassa village in 2013; pastor Yunana Kinge, killed in Rafin Pa, Zankwa of the ECWA’s mid-central region on June 25, 2012; and pastor Yakubu Wazari, killed at Jos’ main market while taking his son to school on Jan. 8, 2011. He has served in Bani Kauwa II in Kasuwan Magani of the mid-central region.

The EMS’s Ipole said Boko Haram has left much of Nigeria’s northeast uninhabitable.

“Go to northeast Nigeria and see the ruins of what has become of the habitations of our Christian brethren,” he said. “See how Christians have been massacred, and how the few survivors have been maimed, scattered and made refugees in their own motherland.”

ECWA President Jeremiah Gado stated in a letter to churches in Nigeria this month that the EMS missionaries remain in danger.

“Please continue to pray for our missionaries, their families and the converts in the various mission fields, as you continue to bear in mind that the gospel is being preached by these missionaries in increasingly volatile and very deadly crises situations,” he wrote.

At the same time, Gado reaffirmed God’s protection of many workers.

“We thank God, however, that even though we have lost five missionaries over the past five years to Islamic jihadists, most of them have been protected and delivered from attacks,” he wrote. “It is a miracle of God’s grace and protection that the casualty rate is so low in light of the terrible turmoil that our missionaries are passing through.”

Boko Haram, which seeks to impose sharia (Islamic law) throughout Nigeria, has killed more than 17,000 people, according to Amnesty International, including 1,600 in the last four months.

At the India-Africa summit this week, Nigerian President Buhari said the military is tackling terrorism.

“I am pleased to note that though sporadic attacks on soft targets have not stopped, the overall capacity of Boko Haram to hold territory and determine the course of the conflict has been severely degraded,” he said. “If the current positive trends are maintained, we are confident that by the end of this year, we would have succeeded in permanently turning the tide against the Boko Haram insurgents in Nigeria.”

While Boko Haram (translated as “Western education is a sin”) is the moniker residents of Maiduguri, Borno state gave the insurgents, the group calls itself the Jama’atu Ahlis Sunna Lidda’awati wal-Jihad, translated as “The Congregation of the People of Tradition for Proselytism and Jihad.” It has ties to Al Qaeda, and the United States designated it as a Foreign Terrorist Organization in November 2013.

Christians make up 51.3 percent of Nigeria’s population of 158.2 million, while Muslims account for 45 percent and live mainly in the north, according to Operation World.