Putting a human face to threats to religious freedom 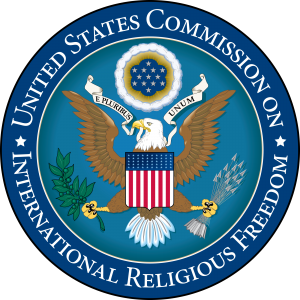 “The IRF Report is a comprehensive resource documenting religious freedom violations in almost 200 countries and territories and highlighting some of the thousands of prisoners of conscience who languish unjustly in prisons around the world solely because of their religion or belief,” said USCIRF Chairman Robert P. George.

Open Doors USA President and CEO David Curry simplifies it further: “The Commission on International Religious Freedom recommends to the State Department countries that would be a particular concern revolving around religious freedom; places where people have difficulty expressing their personal faith.” IRFA also requires the United States annually to designate as “countries of particular concern,” or CPCs.

These are governments that “engage in or tolerate” systematic, ongoing, and egregious violations of religious freedom. Curry adds that while the IRF report is a good gauge, the Open Doors World Watch List ranks countries by the severity of persecution that Christians face for actively pursuing their faith. Often, the results overlap. He points out last year’s CPCs. “They designated nine countries of concern: countries like Burma. China, Eritrea, North Korea, Saudi Arabia, (and also Iran, Sudan, Turkmenistan, and Uzbekistan). And they’ve passed on those recommendations.” The State Department is then expected to take action to encourage improvements in each CPC country. 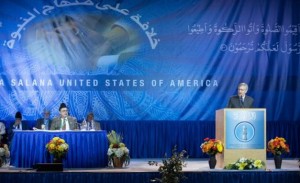 USCIRF’s 2015 annual report recommended a continuation of the CPC status and also called for eight additional designations:  Central African Republic, Egypt, Iraq, Nigeria, Pakistan, Syria, Tajikistan, and Vietnam. Chairman George focused specifically on Pakistan in his remarks. “We also urge the State Department to further expand its CPC list to reflect the severe violations occurring in other countries, such as Pakistan, which USCIRF has called the worst situation in the world for religious freedom for countries not currently designated by the U.S. government as CPCs. The just-released IRF Report leaves no doubt that the egregious nature of the violations in Pakistan warrant a CPC designation.”

IRFA provides a range of options for such action, from bilateral agreements to sanctions. “Now that the IRF Report has been released, the next step is for the State Department to promptly designate the worst violators as CPCs and to leverage those designations to press for much-needed reforms in those countries,” said Chairman George. However, does it actually have any teeth? Curry admits “it’s as effective as the State Department wants it to be. For example, Saudi Arabia, with whom we are doing billions of dollars in aid and support. So, thus far, it hasn’t had much impact because the State Department has to carry out the implications of the report.” 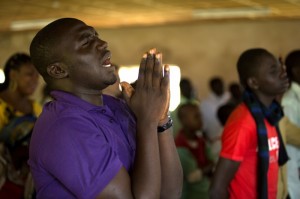 What’s the point if nothing happens? “The reality is that Christians are restricted in their faith in at least 60 countries of the world,” explains Curry. It’s advocacy for those who have no voice. “There are hundreds of millions of people that don’t have the freedom to choose for themselves what they believe.”

Working the recommendations into policy or connecting it to assistance is one way of turning intention to action. Curry has wondered if the politics matter, and has decided that they do. “When you have an area where people do not have religious freedom, it’s the first sign that an area is going to tip into chaos. It happened in Iraq over the last 10 years, and then ISIS blew up. It’s happening right now in Nigeria. It’s happening in Pakistan.”

Bottom line: in most of the CPCs, it is dangerous (if not illegal) to own a Bible, to share your faith in Christ, change your faith, or teach your children about Jesus. Those who boldly follow Christ face harassment, arrest, torture, and sometimes death.

Yet Christians continue to meet for worship and to witness for Christ, and the hope they have attracts others. The Church is growing. More people, more persecution. It’s estimated by the World Evangelical Alliance that there are more than 100 million Christians worldwide who will suffer because they follow Christ.

Open Doors is marking the International Day of Prayer (IDOP) for the Persecuted Church on Sunday, November 1. IDOP is a time set apart for us to remember thousands of our Christian brothers and sisters around the world. Curry reminds us that this should hit close to home because “these are real people. They have family. These are not numbers on a page. These are real individuals. We need to lift them up. Pray for those who are in chains as if it were yourself. These are our blood relatives, so let’s pray for them on the International Day of Prayer and throughout the year.”