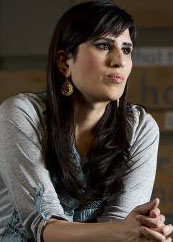 ISTANBUL, Turkey, September 29, 2015 (Morning Star News) – Iranian President Hassan Rouhani yesterday declined to meet with the wife of imprisoned U.S.-Iranian- pastor Saeed Abedini during his trip to the United Nations, days after the Christian’s wife learned he had recently been tortured.

Rouhani instead said in a television interview that releasing Iranian criminals held in U.S. prisons would change the “atmosphere and environment,” hinting that such a change would be necessary for possibly freeing prisoners such as Abedini. The Iranians in question were sentenced to prison for violating the international trade embargo placed on Iran for trying to develop nuclear weapons, Rouhani said.

“There are a number of Iranians in the United States who are imprisoned, who went to prison as a result of activities related to the nuclear industry in Iran. Once these sanctions have been lifted, why keep those folks in American prisons? So they must be freed,” he said Sunday (Sept. 27) on CNN through an interpreter. “If the Americans take the appropriate actions vis-a-vis Iranian citizens who are being imprisoned here, then the right atmosphere and environment will be created for reciprocal action perhaps.”

Rouhani left New York Monday afternoon (Sept. 28) without responding to a request by Abedini’s wife, Naghmeh Abedini, for a meeting. She and lawyer Tiffany Barrans, international legal director for the American Center for Law and Justice (ACLJ), will remain in New York in hopes of meeting with Gholam Ali Khoshroo, the Iranian Ambassador to the United Nations.

Naghmeh Abedini reaffirmed her husband’s innocence and said the Iranian government is treating him “like a pawn in a game of chess.”

“President Rouhani’s demand that America release 19 criminals in exchange for his consideration of releasing individuals like my husband, imprisoned solely for his faith, demonstrates that the Iran of today is no different than the Iran who took Americans hostages during the Iranian revolution,” she said in a press statement. “The environment is ripe for Iran to demonstrate it is ready to re-enter the global market and international scene of diplomats; it is time to show its good will, to change its image from one of a pariah to a member of the global society who will protect fundamental rights.”

Naghmeh Abedini commemorated the three-year mark (Sept. 26) of her husband’s wrongful imprisonment with fasting and candlelight prayer vigils as she prepared for the possibility of meeting with the president of Iran. On Sunday (Sept. 27), she attended a prayer vigil in Boise, Idaho, where she lives with the couple’s son and daughter.

The vigil, one of more than 810 held last week around the world, according to the ACLJ, was held a week after she addressed more than 100 parliamentarians from almost 50 countries at the International Panel of Parliamentarians for Freedom of Religion or Belief. After her presentation, 67 parliamentarians signed a letter to the speaker of the Iranian Parliament calling for Abedini’s release.

Torture
A few days after the parliamentary meeting, Naghmeh Abedini received word from her in-laws that her husband had been tortured once again by prison officials.

Officials at Gohardasht Prison, also known as Rajai Shahr Prison, on Sept. 22 tased, beat and threatened to keep the pastor in prison indefinitely by filing new charges against him, the relatives said. Authorities threatened to charge him with having contact with anti-government groups and making inflammatory statements and actions against the government.

The violence came to light two days after the assault, when family members went to visit him in prison. Other public interest groups were able to confirm the abuse accusations through their own sources.

Prison officials refused to give Abedini medical treatment after the assault, Barrans said. The denial of medical care and the cumulative effect of beatings and other abuse is a source of concern for Naghmeh Abedini and those monitoring his situation.

“Saeed continues to suffer from internal injuries sustained from previous beatings he endured from his captors,” Barrans said. “Despite that Iranian doctors have said he needs surgeries for the last year and a half, the Iranian government has refused to provide him critical medical treatment. Just last week, Saeed reported to his family that one of his cellmates died after complications from lack of medical care. This past Tuesday [Sept. 22], Saeed was tasered on several occasions and complained to his family that his heart has been hurting him since Iranian intelligence officers abused him and tasered him. The ongoing abuse and mistreatment of Pastor Saeed is of grave concern.”

With the help of the ACLJ, Naghmeh Abedini last month filed a request with Iranian Ambassador to the U.N. Khoshroo to meet with Rouhani during his trip to the United Nations to address the 70th meeting of the U.N. General Assembly. Last week she told Morning Star News why the meeting would be so important to her.

“Meeting with the Iranian president and government officials is important not just because in a way they are the ones holding Saeed, but also because of all the Christians that are imprisoned and have been martyred in Iran,” she said. “I hope to be able to address Christian persecution and also give them a chance to hear the gospel message. That’s very important, because I know these are the people that are holding many, many Christians in prison, and I hope to be a voice for them.”

She had attempted to speak to the Iranian president through U.N. channels once before. Two years ago, also in September, she was able to meet with members of the Iranian delegation at the United Nations during a chance encounter in the lobby of a New York hotel where they both happened to be staying. She met briefly with a member of the delegation but was ultimately unsuccessful in her attempt to meet with Rouhani.

Seven months earlier, in July 2012, the Iranian Revolutionary Guard had briefly arrested Abedini during his visit to set up an orphanage he was building. After interrogation, authorities placed him under house arrest and told him to wait for a court summons to face criminal charges for his Christian faith. Two months later, on Sept. 26, he was arrested at his parents’ home and taken to prison, where he has remained. Abedini has steadfastly claimed his innocence on all the charges filed against him.

Despite all the problems and pain, the imprisonment of her husband in Iran has been an experience that has strengthened Naghmeh Abedini in ways she probably wouldn’t have imagined beforehand, she said. She described her faith before the ordeal as being somewhat riddled by fear.

She said she feared there would be a trial that would cause her to question God, His goodness and her faith.

“[But] this trial has actually really strengthened my faith,” she said. “I’ve tasted, and I have seen, that the Lord is good, and it’s really pushed me. My faith has become more real and dear to me than it has ever been. So, I’m not afraid anymore.”

The ordeal has also changed what she described as “mechanical” faith into a deeper, truer relationship with God.

“I’ve loved Christ for most of my life. I was a missionary to Iran, but in these moments I am discovering Christ in a deeper, more intimate way, and the reality of who He is,” she said. “He is not a story. He is not just going to church on Sunday and on Wednesdays and coming home. He is every breath I take. Every move, every step I take is though His grace.”

At certain times in life one reaches a point in which experiencing Jesus in a deeper way is the only way to go on, she said.

“You just cry out, you reach out and walk by faith even though circumstances don’t look very promising,” she said. “And that’s my biggest blessing from these last three years. That’s what I have learned. The more I know Him, the more I know of His character, the more I trust Him, and the more peace covers me.”

Saeed Abedini became a naturalized U.S. citizen in 2010, but the Iranian government does not recognize his U.S. citizenship. His wife and two children were born in the United States. Raising her 9-year-old daughter and 7-year-old son while her husband has been detained has proven challenging and emotionally draining, she said.

“Most of the days my kids cry themselves to sleep, but at the same time it’s been a time of need to focus on Jesus and trust Him,” she said. “One of the most difficult questions they’ve asked is if I know that Daddy will be out anytime soon. My son’s been worried if Daddy would make it, if he would die in prison. Those have been the hardest. Yes, my son’s been worried about that – he says, ‘Mommy, is he going to survive?’ And, um, I don’t know.”

Most of the children’s questions about their father have become answers instead about the nature of God, she said. The ordeal has taught them to walk in their own faith, instead of “borrowing” their mother’s.

“I tell them that I don’t have the answers, but ‘The thing I do know is that God is good and God has given us everything. He gave us everything on the Cross, and He deserves our life. Now it’s our turn to give him everything, and that’s why Daddy’s in prison. He’s willing to give his life, and he won’t deny Christ.’”

She said she also tells her children that Christians have given their lives following Him, that they have been martyred and put in prison.

“Because He gave us the ultimate gift, we’re asked to give our life for Him,” she tells them. “That’s the best gift we can give Him, our life; dedicating our life and following Him, however that may look like.”

As much as Naghmeh Abedini wanted to meet with Rouhani, she said beforehand she would accept it if she didn’t.

“The doors that God will open, I will step in, and the doors that are closed I will humbly accept it and will not step in,” she said, adding that regardless of how important meeting with world leaders is, fasting and directing her focus on God is more important because He is the one in control. “Prayer and fasting is most important. It keeps my focus on the Lord, and ultimately when I met with President Obama in January, the Lord put on my heart that, ‘You tried so hard to meet with one president, but I am the King of Kings, I am the Lord of Lords, and I control presidents and governments.’”

Ultimately, she said waiting is hard, but that she knows God can get her husband out of prison whenever He decides to.

“All the servants of God, if you look at it, they waited a long time,” she said. “So three, four, 10 years is nothing compared to the decades they waited. There’s just a mystery that I haven’t understood, but I feel like the Lord is telling me there is a mystery in waiting that is a refining for a bigger work.”