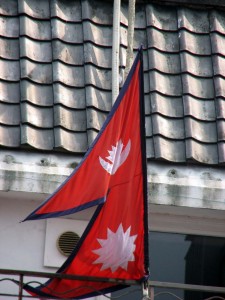 Nepal (MNN) — India has made no secret it is displeased with Nepal’s new constitution.

Noel Becchetti with Asian Access says, “What they’re doing right now is basically blackmailing Nepal and saying, ‘If you don’t amend that constitution and make it more to our liking, we’ll starve you out.’”

Becchetti and his wife were visiting friends in Nepal when they saw that ire take shape. “The third day that we were in the country, our friends let us know that India had just sealed the border between India Nepal and had blockaded anything coming into the country–any goods, any supplies, any equipment.”

Here’s the problem: “Nepal receives all of its oil, petroleum, and gasoline–everything–from one supplier: the Indian Oil Corporation. And they just…stopped.” Nepal began rationing fuel on Monday as hundreds also blockaded a key import hub on the Indian border. Becchetti says, “Right now, if things do not change, they’re going to start stopping international flights to Nepal.”

Why the kerfuffle? ”They [India and Hindu nationalists] are unhappy with the fact that Nepal approved a secular constitution. You might recall: the radical element of that group basically is wanting to go back to what they called the Greater India,” which includes Bhutan and Nepal, he adds. “They think it’s their manifest destiny ultimately to take all of that back over. This is just a piece of that process.” 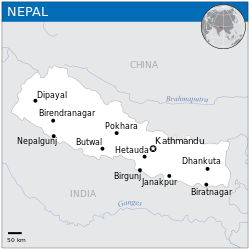 Over the weekend, the government decided to limit the number of vehicles on Nepal’s roads as the landlocked Himalayan country faces a looming fuel shortage. “You can only drive your vehicle every other day. It depends on the last number of your license plate. So, if you have you an odd number, you can only drive on odd-numbered days,” says Becchetti. He says they were in Nepal as the blockade took hold. “Our friend had to check his license plate, and then he said, ‘I’m sorry. I can’t take you. I’m not allowed to have my car out today.’ We had to chase down another vehicle that was legal to drive to get to the airport to fly out. “

The fuss is over the new constitution that is in the final stage of a peace process that began in 2006, when Maoist rebels laid down their arms after a 10-year civil war. The draft was accepted by the voters and the Parliament calling Nepal a secular nation. India’s response, while not unexpected, was still scary, says Becchetti. “Nepal’s a poor country. They’re trying to dig out from a big ,and they just don’t have that many friends or big visibility in the world.

“The government held an emergency meeting with the prime minister and the cabinet. The very same day, the [leaders of the] evangelical Christian fellowship in that country…held an emergency meeting of which some friends of ours were a part.” How does one respond to a bully? Stand up to him. That’s more or less what Nepal has decided to do, Bechetti adds. ”Both groups basically said, ‘We are not going to knuckle under. We think we need to stand firm on this.’” 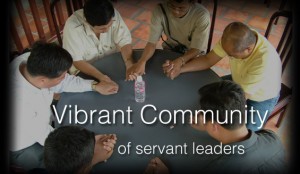 Really, Nepal is a country under siege. Becchetti is urging prayer for their partners, some of whom sat on the constituent assembly. They have brought a unique worldview to the writing of their country’s governing document. However, “If this continues and the shortages get acute, that’s a lot of pressure. We need to pray for endurance in the face of this kind of pressure.” Becchetti is asking other believers to pray for “strength and wisdom for the leaders [who are] under a tremendous amount of pressure. I think we need to pray for the world’s conscience to become awakened here, and for some world pressure to be brought to bear.”

A petition drive is circulating in Nepal, where people are asked to share it on their social media networks in order to generate the 20,000 signatures needed to make sure the blockade gets on the United Nations’ agenda. (Click here if you want to take a look.)