PUBLISHED ON 28 September, 2015 BY Lindsay Steele 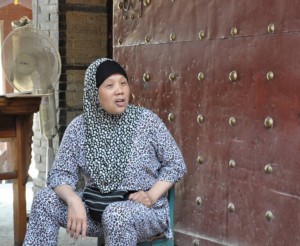 North Korea (Open Doors) — Open Doors USA financially supports and organizes secret Bible study meetings for North Korean trafficked women in China. Most of them have lost everything they had in North Korea and were lured into traveling to China by human traffickers, where they were sold into marriages or prostitution. Through the Open Doors undercover program which focuses on getting to know Jesus, the lives of many women are restored. What follows is one testimony of a woman in the program.

I was born into a North Korean family as the youngest daughter. My father was often sick, and we struggled financially. After one of my brothers got married, I always argued with his wife. At one point, I even took out a knife just to scare her.

I was married when I was 30, but my husband became ill and could not work. We had no money and no food. I became so desperate that I poisoned my own baby because I could not feed him. My parents-in-law were always nagging me, and I finally divorced my husband. Despite my older age, I applied for a position in the military. But even in the army there was not enough food to survive. So I deserted.

I had no money and no identification papers. Buying a train ticket was impossible. While I was thinking at the waiting area at the train station about how I could return home, a nice lady approached me. She spoke to me and offered to take me somewhere where I could make a lot of money. I actually had no choice other than to follow her. So, in the middle of a very dark night, I crossed the border river into China. There, I was sold into marriage.

My husband was an alcoholic and abused me a lot. I met another lady from North Korea in the same village. She was in the same situation I was in, but she was able to attend a Bible study group. I decided to join her because it offered financial support. Still, I was very afraid to study the Bible; I was afraid Chinese officials would capture me. But I kept attending.

I learned how to pray, how to sing praise songs, and I memorized Bible verses. My husband did not want me to attend the meetings, and we had fights each time I returned. But nothing could stop me from attending the meetings.

One day, these Bible verses struck me. John 15:4 says: “Remain in Me, and I will remain in you. No branch can bear fruit by itself, it must remain in the vine. Neither can you bear fruit unless you remain in Me.” Also, Genesis 1:28, “God blessed them and said to them, ‘Be fruitful and increase in number: fill the earth and subdue it. Rule over the fish of the sea and the birds of the air and over every living creature that moves on the ground.’”

I held these Bible verses in my heart. I realized that Jesus Christ died for me on the cross. I was a sinner, but Jesus loved me. I keep telling my husband to believe in Christ. My husband did not understand what kind of God I believed in, but thankfully we didn’t fight any more about my attending the Bible study group.

I have a young daughter now, and I hope she will follow God and spread the gospel to others. My family is so happy and blessed even though my in-laws are not yet believers; God has poured out His blessing upon us. I started to pray for our family to be saved in Christ.

After being a Christian for three years, I never want to go back to my old life. Since I accepted Christ as my Savior, my life has changed completely through the power of the Holy Spirit. Romans 5:8 says, “God demonstrates His own loves for us in this: while we were still sinners, Christ died for us.”

I want to follow Jesus in spreading the gospel and loving others first to demonstrate His love for us.

Click here for ways to pray for North Korean believers.