Global leaders speak out on religious freedom on Abedini anniversary 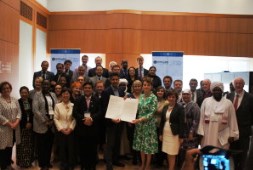 International (MNN) — As the 70th Session of the General Assembly of the United Nations convenes in New York City, the fight to save American Pastor Saeed Abedini continues.

This Saturday marks the third year Abedini has been held behind bars in Iran, allegedly for “threatening the national security of Iran.”

His plight highlights that of so many others around the world: persecution on the grounds of faith or belief. Open Doors USA President and CEO David Curry says, “What we’ve seen is three to four years of increased persecution around the world, where, in many cases, the number of believers/Christians who were martyred for their faith doubled from the previous year.” Curry added that a response is past due. ”One of the interesting statements that came out of this Congress, of folks talking about religious freedom, was a statement something like, ‘We have to be as radical about our freedoms as the extremists are about their beliefs.’”

The spike in oppression and harassment and outright persecution by extremist groups has led to one of the world’s worst humanitarian crises since World War II. Millions are displaced, either seeking refuge in a neighboring country or trapped behind a civil war’s borders.

It’s more than that. Curry says this kind of thing eats at the heart of a rational society. ”It’s not just about Christians saying, ‘Hey! Look at what’s happening!’ This is what’s undermining the governments and the civilization in the Middle East right now.”

Faced with the crisis, over 100 parliamentarians from almost 50 countries met in New York to discuss ways to advance religious freedoms ahead of the United Nations General Assembly. 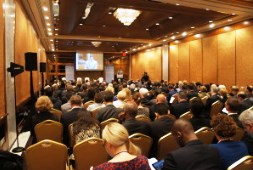 The meeting was organized by the International Panel of Parliamentarians for Freedom of Religion or Belief. The goal was to figure out some way to better acknowledge and address the root of the ongoing crisis. “What we’re asking folks to do is to make religious freedom a policy issue in all of these governments in addressing: ‘We need to, as governments, speak out when people are in prison for their religious beliefs.’”

Although it has no teeth yet, Curry hopes that religious freedom resolution will become as communal as basic human rights (in accordance with Article 18 of the Universal Declaration of Human Rights). “What it means is that each of these folks who represent many countries around the world are going to go back and begin to work within their Parliaments and make this issue known and raise it as a high standard.” First point of action: the delegates committed to sending three letters to heads of states considered to be violating these rights. Specifically, these letters will target Burma’s president, Vietnam’s Prime Minister, and the Speaker of Iran’s Parliament. 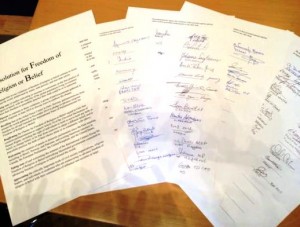 All three countries rank in the top 25 on the Open Doors World Watch List of the places where Christians face the worst persecution. What does this have to do with outreach? Christian persecution is any hostility experienced from the world as a result of one’s identification as a follower of Christ. Sharing the Gospel in these areas paints a target on that believer’s back.

For the average American, the refugee crisis burst on the scene a few weeks ago. Many churches had been ill-equipped to respond. There’s no excuse for that. “This is such a significant issue”, explains Curry. Stay informed, he adds. Share the stories of the persecuted Church, put names to faces, write letters, make calls to Congressional representatives. For all those whose voices are silenced for turning their lives over to Christ, speak up. “Christians need to stand up. They need to be heard. They need to pray. They need to do all those things, but prayer can’t be an excuse for inactivity, for passivity. We’ve got to take action.”
(Click here to read the New York Resolution for Freedom of Religion or Belief)