‘Anti-conversion’ laws in Burma a nail in religious freedom coffin 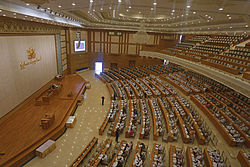 It’s one measure in a package of “race and religion bills” which a group of nationalist Buddhist monks (the Association for the Protection of Race and Religion–also known as Ma Ba Tha) have advanced, and it isn’t popular with the outside world. In fact, the U.S. Commission on International Religious Freedom (USCIRF) strongly condemns it.

Dyann Romeijn is a spokeswoman for Vision Beyond Borders. She explains, “For anybody to convert to another religion, they would have to get government approval so they’d have to go through a long process and apply to change religions and that it would be another means of discrimination against anyone who is non-Buddhist.”

USCIRF is quick to note that the target is likely Muslims, women, and other non-Muslims. Romeijn specifies, “The Rohingya group is Muslim, and so there has been a longstanding conflict between the Muslims and the Buddhists. There’s a lot of persecution of the Muslims within Burma as well as the Christians.”

“This measure is discriminatory, period. It is gravely wrong for the government to presume to dictate whether an individual can change their religion or belief,” said Chairman George. “We call on President Thein Sein immediately to reject this ill-conceived measure.” Romeijn agrees. “It does increase the amount of discrimination and the government’s ability to discriminate legally against them.”

Burma’s government not only failed to implement meaningful protections for religious and ethnic minorities, but they adopted a population control law and interfaith marriage law.  It’s a pattern, says Romeijn. “Burma has just had a long period of human rights violations, religious discrimination, a lot of basic human rights and genocide going on there, and ethnic cleansing. So, to see them try to restrict freedoms further is not very surprising coming from this government.”

Vision Beyond Borders serves the indigenous Church by providing the necessary tools and training for the local people to fulfill Christ’s Great Commission. This is done by supplying them with native language Bibles, training materials, seeds, clothing, medical supplies, prayer teams, and evangelism to children. That said, Romeijn is quick to note that right now, the new law “doesn’t affect our work that much. It does affect the people more. It makes it more difficult, it increases the persecution that they already face; but in reality, any Christians or minority groups in these countries are going to face a lot of persecution anyway.” 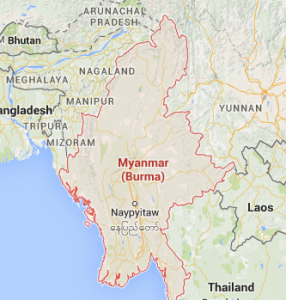 USCIRF again recommended in 2015 that Burma be designated as a “country of particular concern,” or CPC, under the International Religious Freedom Act for its particularly severe violations of religious freedom. The State Department has designated Burma as a CPC since 1999, most recently in July 2014.

Does it change anything? “We see this little bit of opening up and then clamping down again, and I think that we will continue to see that process. But I do think that the United States speaking out does help.”

For now, Romeijn says it’s a “wait-and-see” approach on the practical impact of this new law. After all, it’s only 6 days old, plus Burma has “bigger fish to fry,” so to speak.  “They just face a lot of different difficulties right now in Burma. There’s a lot of flooding; they dealt with Cyclone Nargis, and still they’re rebuilding. They’re one of the 50 poorest countries in the world, so there’s a lot of poverty there–a lot of difficult situations.”

But while the opportunities exist to help local Christians, Romeijn asks, ”As people pray for Burma, pray for God’s truth to penetrate the country. Really, without spiritual change, there is no hope.”