South Sudan (MNN) — It’s been 8 months since South Sudanese pastors Peter Yein Reith and Yat Michael were arrested during a visit to Sudan.

The men were arrested for several crimes including undermining the government, waging war against the state, and disturbing public peace. After a grueling ordeal of trials, imprisonment, and a travel ban, both men have finally made it home.

Todd Nettleton of Voice of the Martyrs USA says, “They are out of the country now.
As I understand it, the judge lifted their travel ban, but then the intelligence police immediately appealed that decision.” Intervening days between their release and the delay getting home caused some anxiety. Nettleton says, “If I understood the report correctly, they left by another way. I think it probably means they didn’t go directly to the airport but they got out some other way; but my understanding is they got out, they are back in South Sudan.” 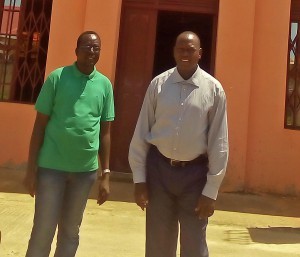 The report by Morning Star News said that the pastors were able to attend South Sudan Presbyterian Evangelical Church in Juba. The church held a thanksgiving service for the two men, who expressed their gratitude to the congregation.

Both men have been reunited with their families and are thankful for the Christians around the world who prayed for their safety and release.

In December 2014, Rev. Michael was arrested after urging members of a Sudanese church to stand firm and advocate their religious rights. When Rev. Reith went to check on him a month later, he was also arrested.

Both men were faced with serious charges, some of which resulted in the death penalty. According to the United States Commission on International Religious Freedoms, they weren’t allowed access to lawyers until March 1.

Now, both men are safe at home, thanks to the prayers of believers around the world. Thank you for your support! Thank God for what He has done in the lives of these two pastors.