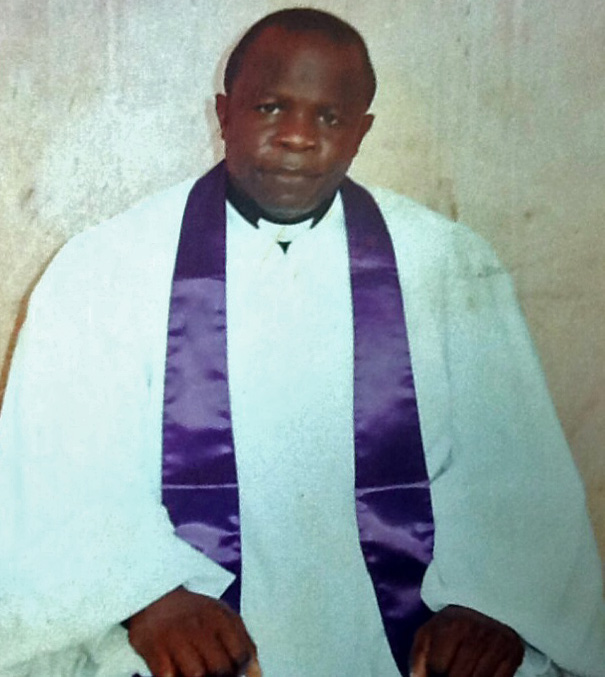 KADUNA, Nigeria, August 24, 2015 (Morning Star News) – The killing of Christians by Muslim Fulani herdsmen in Nigeria’s middle belt, including two slayings on Saturday (Aug. 22) in Taraba state, is part of a jihadist drive to take over resources and displace the historically Christian population, sources said.

The killing of brothers Ushahemba Kumashenge and Sughter Kumashenge in Kortse village, Gassol Local Government Area of Taraba state on Saturday was the latest of numerous attacks in the state and in Kaduna, Nasarawa and Benue states. Muslim Fulani herdsmen ambushed the brothers on their farm a few kilometers from the village, a church leader from the area told Morning Star News by telephone.

The Rev. Caleb Ahema, president of the Christian Reformed Church of Nigeria (CRCN), said the slain Christians were members of the Universal Reformed Church (NKST). In the same state on Dec. 17, 2014, a throng of Muslim Fulani herdsmen killed five Christians, including an infant boy, and on Oct. 19, 2014 armed Muslim extremists killed 31 Christians in attacks on two Taraba villages.

Ahema described the attacks as a planned genocide against Christians. Also on Dec. 17 in Kaduna state, Muslim Fulani herdsmen killed five Christians in the predominantly Christian southern part of the state, where area residents said the herdsmen were working in concert with Islamic extremist groups. Nigeria’s National Emergency Management Agency reported that more than 1,500 Christians died in similar attacks in the area last year.

Danjuma La’ah, a senator for southern Kaduna in Nigeria’s National Assembly, said that nine people were killed and 13 others injured on June 16 in an attack by Muslim Fulani herdsmen on the Christian village of Katsak, Jema’a Local Government Area, the latest in several assaults in southern Kaduna over the past few years. One of those wounded died the next day. On June 11, La’ah said, the herdsmen killed another Christian, 45-year-old Tanko Nyam of Kyari Daddu village in Jaba Local Government Area, who left behind a wife and five children.

“The manner in which our people are being killed with impunity still resembles the same fashion of mindless murder of our people under the former government,” he said in a statement to Morning Star News and other journalists. “This is giving me much concern, and I want to call the attention of the world to this wickedness that has always been going on without any seeming solution.”

Asserting that no authority has shown any interest in the attacks on Christians in southern Kaduna state that began to accelerate in 2011, La’ah demanded the new federal government of Muhammadu Buhari take immediate action.

“We are asking that the federal government should make southern Kaduna one of the areas that need urgent and immediate security response, just like it is doing in parts of Northeast zone,” he said. “Since 2011 there have been no less than 34 bloody invasions of our communities, in which, according to news reports, not less than 10,000 have been killed and estimated 300,000 people displaced after their villages were destroyed. It is time the federal government showed respect and care for the lives of the people of southern Kaduna.”

The middle belt states of Kaduna, Taraba, Benue and Nasarawa are comparatively rich in environmental resources that have drawn migration from herdsmen and other Muslims, according to a report released earlier this year by the Nigeria Conflict Security Analysis Network (NCSAN) for Christian support group Open Doors.

Comparing violence in those areas with that of Islamic extremist group Boko Haram in the northeast, NCSAN reported that attacks in the middle belt states were based not only on pursuit of environmental resources but were “intrinsically inspired by radical Islamic ideology, both as purported by the expansionist principle of darul [house of] Islam and by Boko Haram. It is a principle that divides the world into Islamic and non-Islamic, and the obligation to ensure that the non-Islamic world is brought under Islamic rule.”

Two displaced persons from Gwnatu, Kaduna state, said Fulani Muslim herdsmen are using conflict over environmental resources to carry out an Islamic agenda of killing Christians and trying to intimidate survivors into recanting Christianity in favor of Islam, according to the report, “Migration and Violent Conflict in Divided Societies: Non-Boko Haram violence against Christians in the Middle Belt region of Nigeria.”

“One of the men, who lost his two children in the violent conflict, blamed the Nigerian state for turning a blind eye to the excesses of Hausa-Fulani Muslim herdsmen migrating to the Middle Belt region,” NCSAN reported. “He wondered why the Fulanis are allowed to possess sophisticated weapons, with no law making such action illegal, while other ethnic nationalities are constantly harassed and arrested by security operatives for possessing similar weapons. According to him, this attitude of the security operatives can only be seen as supporting the impunity of the Hausa-Fulani Muslim nomads.”

Nasir El-Rufa’i, governor of Kaduna state, has promised that his administration is working towards addressing continual attacks in the state.

“The circles of killing in the southern part of Kaduna have been a source of great concern to us,” he said in a statement last month. “A series of comprehensive measures are being taken to tackle the problem towards sustainable peace in the state ... We have briefed President Muhammadu Buhari on the security challenges, and he is supportive of the measures being designed to address them. We pray Almighty God to grant the deceased eternal rest, and our hearts go to the injured and the families of the bereaved.”

John Danfulani, a Christian leader from southern Kaduna state, said that since 2011 Muslim Fulani attacks have killed 614 Christians in the region, wounded about 1,200 others and destroyed 1,000 Christian-owned houses.

Christians in southern Kaduna “are being wiped out with impunity, and the casualty figures increase with every attack,” Danfulani said. “Everything points to the fact that our people are being used as sacrificial lambs.”