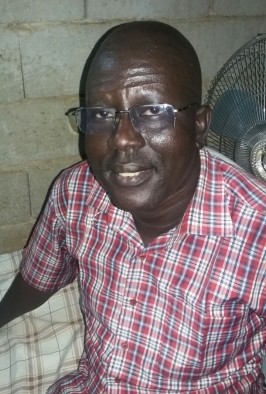 Defense lawyers concluded their case at Khartoum Bahri Court with the assertion that agents from the National Intelligence and Security Services (NISS) illegally arrested the Rev. Yat Michael on Dec. 14, 2014 and the Rev. Peter Yein Reith on Jan. 11.

“Justice requires that you don’t judge [arrest] simply because you doubt [suspect] them without any concrete evidence,” one lawyer said.

Michael, 49, was arrested after delivering a message of encouragement to a North Khartoum church in the face of a government-aided take-over of the congregation’s property. The 36-year-old Reith was arrested after submitting a letter from leaders of their denomination, the South Sudan Presbyterian Evangelical Church (SSPEC), inquiring about the whereabouts of Michael.

During their trial a NISS official accused the pastors of collecting information for a human rights group. The charges, including espionage and promoting hatred among or against sects, were formed months after authorities arrested them.

“The judge in the last hearing seemed to be supporting the prosecution,” said a source who requested anonymity. “The whole issue is politically motivated, and the two pastors are innocent, but the lawyers asked the judge to respect laws and the constitution and not aid NISS in violation of the constitution.”

NISS has presented as evidence maps and other easily accessible documents taken from their confiscated laptops, as well as a NISS study guide that the pastors say was not on their computers when they were arrested. During their trial, the defense presented an IT expert who testified about how easy it would be for others to plant the documents on their computers without their knowledge, according to Middle East Concern (MEC).

A retired general also testified that the documents used as evidence against the pastors are in the public domain and are not related to military or other state secrets as the prosecution has alleged, according to MEC.

The defense attorney on Thursday told the judge that Michael did not violate Sudanese law – specifically, “insulting religious creeds” – while preaching at Khartoum Bahri Evangelical Church, as he was just carrying out his duty as a pastor.

“To urge believers to be zealous for their church is not an insult against God,” the attorney said.

The defense team asserted that the two pastors were illegally detained for a long period without trial.

“This is illegal and against the Bill of Rights called for in Sudan’s constitution,” they stated in a filing with the court.

The lawyers called on the court to respect the constitution rather than excessive powers granted to NISS to arrest and detain any person at length without trial. NISS is manned by hard-line Islamists who are given broad powers to arrest Christians, black Africans, South Sudanese and other people lowly regarded in the country that President Omar al-Bashir has pledged will be fully Arabic and Islamic.

The defense stated that the court should drop charges against the two church leaders due to a critical lack of physical evidence.

“These charges are built on sand,” they concluded in their filing.

A verdict is expected at a hearing on Aug. 5.

The Khartoum Bahri Evangelical Church that Michael had encouraged in December was the subject of government harassment, arrests and demolition of part of its worship center as Muslim investors tried to take it over. Police in North Khartoum on Dec. 2 beat and arrested 38 Christians from the church that Michael encouraged and fined most of them. They were released later that night.

On Oct. 5, 2013, Sudan’s police and security forces broke through the church fence, beat and arrested Christians in the compound and asserted parts of the property belonged to a Muslim investor accompanying them. As Muslims nearby shouted, “Allahu Akbar [God is greater],” plainclothes police and personnel from NISS broke onto the property aboard a truck and two Land Cruisers. After beating several Christians who were in the compound, they arrested some of them; they were all released later that day.

Harassment, arrests and persecution of Christians have intensified since the secession of South Sudan in July 2011, when Bashir vowed to adopt a stricter version of sharia (Islamic law) and recognize only Islamic culture and the Arabic language. The Sudanese Minister of Guidance and Endowments announced in April 2013 that no new licenses would be granted for building new churches in Sudan, citing a decrease in the South Sudanese population.

Sudan since 2012 has expelled foreign Christians and bulldozed church buildings on the pretext that they belonged to South Sudanese. Besides raiding Christian bookstores and arresting Christians, authorities threatened to kill South Sudanese Christians who do not leave or cooperate with them in their effort to find other Christians (see Morning Star News).