Five families and pastor threatened, banished. By Our India Correspondent 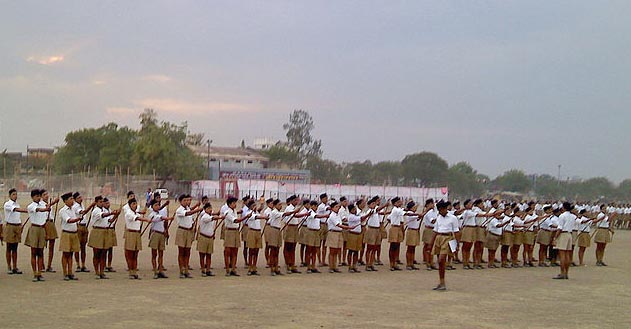 “The Christians in the village have been discriminated and threatened for a long time, but the banishment started in the first week of June, when five Christian families were threatened and banished from the village,” said pastor Moosa Minj, who also was forced to flee. “The tribal families that have been banished have been Christians for more than 20 years.”

Minj fled the village on June 10 after receiving death threats, he said. Villagers threw his belongings out of his house. Also fleeing were the families of Gossner Ekka, Vardhan Kujur, Premchand Kujur, Masihcharan Kujur and Premchand Ekka, he said.

“They threatened me with dire consequences and misbehaved with me as they did with the others,” Pastor Minj said.

The expelled Christian families on June 13 approached the local police station at Narkopi, only to be initially turned away, the pastor said.

The Rev. Vijayesh Lal of the Evangelical Fellowship of India told Morning Star News that when Christian groups in Delhi made inquiries to the police station in Narkopi, officers there said that no Christians had come to the station until June 15.

“The local police want to portray this as a family feud, which it is not,” Lal said. “Rev. Moosa Minj gave a report and asked for protection for the Christians in the village. His appeal for protection was accepted, but his First Information Report was not filed.”

Members of Hindu extremist groups have provoked the tribal Adivasis, who practice the indigenous Sarna religion, against the Christians, Pastor Minj said.

“Marwari Uraon, the village head of Kullu, is guided by Gangotri Kujur, who is a member of the Legislative Assembly from the Bharatiya Janata Party [BJP],” he said. “The Hindu groups are behind the trouble and discrimination that we are facing.”

The Sarnas do not consider themselves Hindus, although the Rashtriya Swayamsevak Sangh (RSS) and other Hindu nationalist organizations have attempted to define them as Hindus, Lal said.

Harassment of Christians in the area is not new, Pastor Minj said.

“On March 27, many new believers from our church were beaten up,” he said. “One Christian lady by the name of Suganti Kacchap was beaten up very badly. She was dragged for about one kilometer, and all the while they were beating her. She had severe head injuries that still give her pain. Suganti and her family have left our village for good.”

Christians were beaten and threatened in September 2013 as well, he said.

The tribal Christian families of Kullu were brought back to their village with the help of police on June 22, but the next day a mob surrounded their homes and pelted their houses with stones. Police intervened again and restored peace, but tensions remain as the village Hindus are determined that the Christians leave.

Pastor Minj said the affected Christians have been summoned to speak with authorities on Monday (July 13) at Ranchi. Police have been more helpful since Christian leaders from Delhi intervened with district authorities, but the Hindu villagers remain firm in their opposition.

Dr. John Dayal of the United Christian Forum said the RSS and its affiliates started activities against Christian missionaries in the region decades ago, intensifying them since the late 1990s.

“The harassment of the Christian tribals, many of whom have been Christians for generations, is increasing because of the divisive politics in the area being played out by the right-wing forces led by the RSS and its affiliates,” Dayal said. “The latest incident of the banishment of the Christian families is proof of the same.”

About 50 Hindu extremists at about 12:30 p.m. marched to the Attingal Municipal Library Hall where the service was underway, shouting anti-Christian slogans, Lal said. They accused the Christians of “organizing a conversion drive and targeting those belonging to the Hindu faith.”

“The attack took place without any provocation,” Lal. “The attackers targeted not only the 200 worshippers but also the pastor present. Shouting anti-Christian slogans, they broke the furniture, musical instruments, fans and scattered the lunch kept for the church members.”

One woman sustained a broken finger in the attack, he said.

“The attackers even misbehaved with a physically challenged man who was seated on a chair during the attack,” he said. “They pushed him and asked him to get up and go away. Many Christians were manhandled during this attack on religious freedom. Even the police acknowledge this.”

Officers reached the site later and registered an FIR against 20 persons, five of whom have been arrested, Lal said. Those arrested were identified as T.R. Anoop, 38; Anoop, 30; Abhijit, 22; Vimal, 30; and Deepu, 20, and all natives of Attingal.

Dayal of the United Christian Forum lamented that the attack happened in Kerala at a time when the Congress party, more amenable to Christians than the BJP, is still in power. The BJP is making a concerted and aggressive effort to make its presence felt at the state level, Dayal said.

“Also, for all its well-earned reputation of being a place of co-existence of various religions, the RSS and the BJP have made a serious efforts the last 25 years to penetrate Kerala and poison its communal harmony,” he said. “The RSS continues to try to polarize people whichever the government in the state and this attack is a direct result of the polarization.”

Photo: RSS drill in Nagpur during a national camp in May 2011. (Ganesh Dhamodkar/Wikimedia Commons)