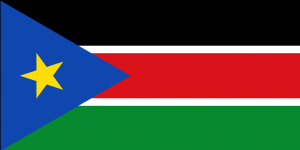 A civil war in the new country broke out on December 2013, and the UN says South Sudan now ranks “lower in terms of human development than just about every other place on earth.” The International Crisis Group think-tank estimated that as many as 50,000 have died since last November, and the killing continues. “Four years on, there is nothing to celebrate. There will be a parade in Juba, the capital city, but really, there is no optimism. The hope is gone and nothing to celebrate,” says Parker.

Aid agencies read between the lines last year and intervened with food assistance when it was clear there would be no harvest. Now hunger and near-famine loom once again. The violence prompted 2 million people to seek refuge in new camps. There, the overcrowded conditions created prime breeding grounds for disease. Cholera is once again threatening to spread through the refugee camps in Juba. Doctors Without Borders say their medical work has been put on hold because of the fighting. It all points to one thing: shattered dreams. “There just seems to be no hope right now, no optimism that the insecurity, that the violence, is going to be resolved,” Parker says, adding that there remains a dim hope “that the political differences between the parties–that the way forward is going to be found with those.” 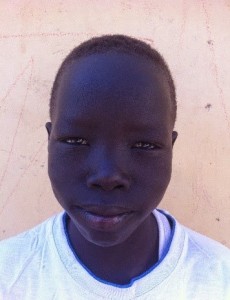 Even before it had civil war, Wau had street children. The needs pointed to a clear mandate 10 years ago, Parker adds. “We really felt that God was calling us to be setting up a program, to be setting up a children’s home for street children in the city of Wau, working with street kids, and working with the community there, seeing some amazing changes in the lives of the kids.” Now, with both the government and the rebels are accused of war crimes, lawlessness runs rampant.

In Wau, South Sudan’s third-largest city, roving gangs began breaking into homes and killing the residents. Since Kids Alive International has several projects in Wau (a residential home and a school), security was paramount.

Francis Tombe, Field Director for Kids Alive in South Sudan, gave notice about their concern in a recent Facebook post: “We need your prayers. There is insecurity every night in Wau, with a group of armed robbers breaking in to houses and stealing and killing. This has happened almost every night for more than three weeks. The Government has set a curfew on movement after nightfall, and the level of tension is very high. Please pray for the safety of our children and staff and for these problems to be quickly resolved.”

Parker says so far, none of the staff members nor the kids have been threatened or harmed. However, the kids are scared, and the ministry remains on high alert. At the same time, he says, “Our staff can share with the kids the security that they can find through Jesus Christ despite the insecurity that’s around them in the community.” It’s a similar approach to what Kids Alive’s Lebanon staff did to survive the 25-year civil war there that ended in 1990.

The government did issue a curfew and stepped up patrols to deal with the crime surge. The arrests began 01 July, and an emergency court was formed to handle more than 20 suspects awaiting trial. It’s calmer now than it was two weeks ago. While that’s good news, Parker cautions, “There’s still a lot of fear; there’s a lot of tension and a lot that’s going on just below the surface, which means that the situation could erupt at any time.” 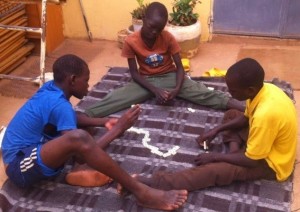 The Kids Alive Good Shepherd Home in South Sudan provides for the needs of more than 20 former street children. They’ll continue to meet the needs of these children for as long as they are able. With the crisis unabated, they’ve built a new facility. “Pray for the protection of our kids that we are working with in South Sudan in our children’s home. Pray for the16 new children that we hope to rescue off the streets in the next few months. Pray that God would transform these kids’ lives.”

Although the numbers are small, Kids Alive trains their children in a biblical worldview. As they become adults and sometimes leaders in their communities, those values are integrated in their decisions. It’s a long game, but it’s how transformation happens toward peace.

Click here to see what else Kids Alive is doing in South Sudan.