The cost of jihad on Egypt. 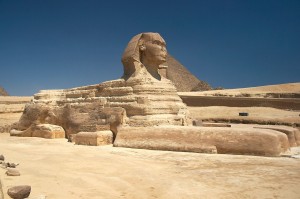 Egypt is saying ‘no’ with extreme prejudice. Greg Musselman is a spokesman for the Voice of the Martyrs Canada. He says, “The military is going to go in there hard. The government is vowing to put these guys down.”

Even with all of Egypt’s might on show, will it be enough to stop the Sinai Province (ISIS affiliates)? Two years after President Abdel Fattah el-Sisi led a military takeover promising to restore order and security in Egypt, the jihadi insurgency is not only not slowing, but the ferocity of their attacks are now shaking the stability of the country. 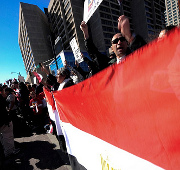 The growing power and sophistication of the militants poses an immediate threat, explains Musselman. “ISIS and their affiliates, when they start to link together, it becomes a little more scary because we’ve seen the way that these guys have been able to cause such damage in places like Iraq and Syria. They’re emboldening each other.”

Egyptians searching for hope and stability are fleeing in increasing numbers from the region. He says, “There’s just such panic, people want to get out of the country. We know that Egyptians are trying to come to Canada, the United States, and other nations.” Part of that response might be due to what has happened in the past with instability in Egypt, he adds. “The Christians become more vulnerable because they are truly in the crosshairs and the sights of groups like ISIS and then their affiliates in places like Egypt.”

Here’s the thing: “Persecution is nothing new to Christians in Egypt”, confirms Musselman. It’s the level of wanton, unpredictable violence that has people reconsidering staying. Even if it’s for a season, though, they are weighing the cost. “As Christians want to bring their families here to Canada from places like Egypt because of the violence, it certainly is diminishing the workers.”

With fewer Gospel workers, there’s a void at a critical time. “Many are coming to know the Lord from Muslim backgrounds because they’re starting to ask questions about ‘what is this religion about?’ and ‘where is this violence coming from?’ ‘Is this just an extremist group or is this something that is inherent within the religion of Islam?'” The violence in Egypt, while not directly targeted at Christians, certainly is having the same effect as overt oppression. On one hand, “You’ve got those who are becoming more passionate and pressing on with the Gospel”, and on the other, “You’ve got others leaving (the country).”

What to do? “Pray that the Lord would continue to strengthen His Church and raise up workers. For us in Canada and America and in the free nations to be finding ways in which we can help aid our brothers and sisters in Christ so that the Gospel will go forward.”