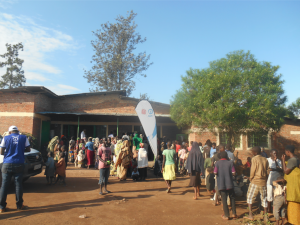 (Photo courtesy Food For the Hungry)

Burundi (FH/MNN) — The people of the Burundi urgently need our help.

Aid agencies say more than 100,000 people have fled what they say is a killing campaign by pro-government militia. This, in the wake of an attempted coup earlier this month. Food For the Hungry Senior Director of Emergency Response Pete Howard agrees.

The government denies the coup, but the crisis was sparked by President Pierre Nkurunziza’s decision to run for a third term. Presidential elections are scheduled for June 26 while Senate elections are slated for July 17. Protests flared into violence which raised the specter of Burundi’s bloody history, a 12-year civil war from 1993 that claimed close to 300,000 lives.

Even the attempt to flee is not without its risks. The United Nations Refugee Agency (UNHCR) says new arrivals into Rwanda report that youth militia have set up road blocks in Burundi, which is preventing people from fleeing.

Despite the tenuous situation, Food For the Hungry is grateful for their on-the-ground team and partners worldwide who have been monitoring the growing conflict in Burundi and who are working to set up and maintain emergency care programs for the followers of Christ in Rwanda. 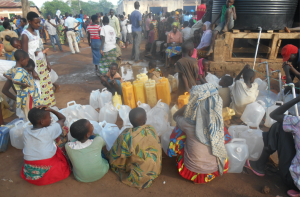 (Photo courtesy Food For the Hungry)

FH is working in the Mahanga refugee camp in Kirehe, Rwanda, to provide educational classes and trauma counseling for children, many of which are unaccompanied minors. Unaccompanied children are especially vulnerable to predators, both human and animal. It is FH’s mission to reunite these young children with their families to give them peace and security after going through so much.

They’ll continue to provide food and other provisions (i.e. mosquito nets, transportation) for the refugees in their time of need. The FH emergency response team will monitor the situation in Burundi daily.

For 44 years, FH has been responding to God’s call to end physical and spiritual hungers worldwide. What makes them unique is the truth of Christ’s love. According to them, it serves as the inspiration for everything else they do to meet the physical needs. The financial support, prayers, and partnership with people like you allow FH to address broken relationships with God, each other, self, and creation.

If you feel led to help support the Mahanga refugee camp and the work that is changing lives in Burundi, please consider giving to the FH Rapid Response Fund at fh.org/helpburundi.