International: Refugees: how should Christians respond? 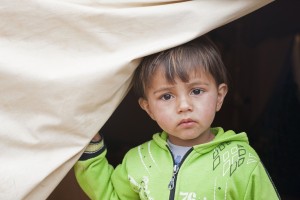 According to the UN, global forced displacement has reached levels not seen since World War II. Every 60 seconds, eight people leave everything behind to escape war, persecution or terror.

With serious conflict situations worldwide, from Ukraine to Syria to Myanmar to Central America, there’s a refugee crisis in nearly every “backyard”.

The question is: what should we, as God’s people, do about it?

FH President Gary Edmonds adds in a recent blog post, “As an organization dedicated to helping the world’s most vulnerable people thrive, we are called to love and invite the refugee into places of safety and solace.”

A history with refugees

FH is no stranger to refugee crises. One of its first projects back in the 1970’s was helping Vietnamese boat people floating in the South China Sea. The ministry has helped untold thousands in the decades since. 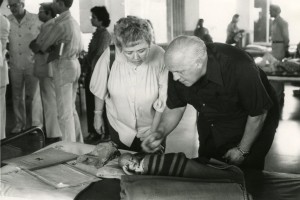 “The level of fear and anxiety among refugees is incredibly high.”

As they walk with refugees, FH workers and their national partners help meet both physical and spiritual needs of desperate populations.

“We never separate the physical and the spiritual,” says Howard. “As followers of Jesus Christ, everywhere we go and in everything we do, we are representing Christ and His Kingdom.”

As Christians live out their faith by caring for refugees, curiosity grows.

Those questions often lead to spiritual conversations, and believers get to share their motive and hope: Jesus Christ and His salvation.

This year, FH is focusing its efforts on the Middle East and Burundi. 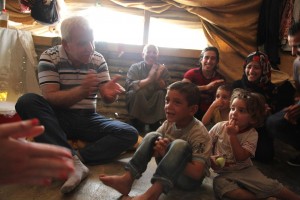 More than 400,000 Iraqis had left the country as of last July; over 250,000 refugees from throughout the region were still within its borders.

With Integral Alliance, FH is helping refugees from Iraq and Syria seeking safe haven in neighboring nations. Learn more and come alongside their efforts here. 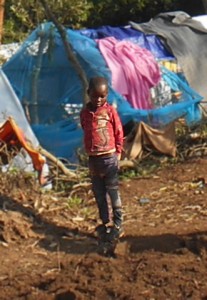 Earlier this month, yet another refugee crisis arose in Central Africa.

“In the last couple weeks, there’s been tension that’s flared up, and over 100,000 people have fled Burundi,” Howard shares. “Many of those refugees are children.”

Up to a third of Burundi refugee kids are unaccompanied, he adds.

“Food for the Hungry has felt very called to come alongside those children and help them get reconnected with their family, and ensuring that their basic needs are met.”