Animist leaders attack on orders of spirit-god of Lake Victoria, they say. 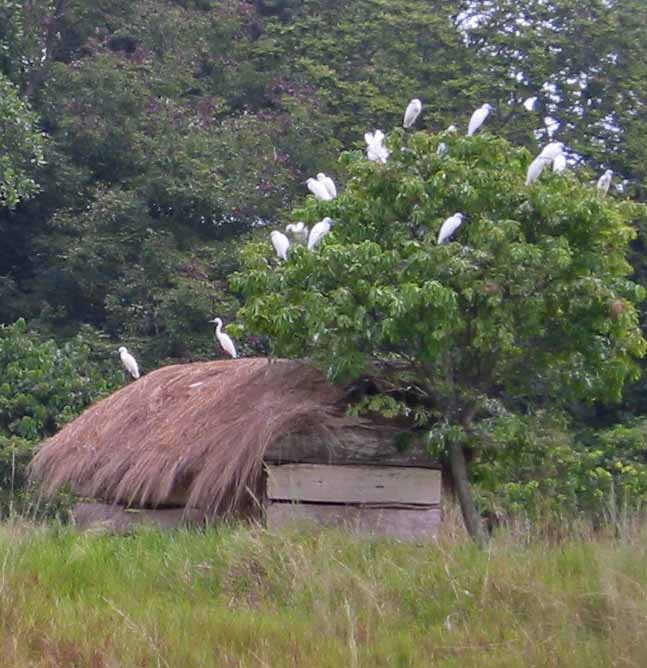 Pastor Sarah Kalaja of Kisaba Prayer Palace Christian Church at Kisaba landing site on Bukasa Island, told Morning Star News that early in the morning the unruly sorcerers destroyed dozens of Bibles, broke chairs, doors, the front part of the building and other property as church members who were not injured fled for their lives.

“My members were beaten with sticks and clubs, and police arrived to rescue the church members, who were rushed to nearby clinics,” Kalaja said.

After the attack, hundreds of shamans blocked anyone trying to enter the site, which they said was in the pathway of a spirit-god, Jjaja Mukasa, that controls Lake Victoria. Surrounding the site, they made it difficult for police to get to the church, sources said. Rushing to the site in Kalangala District the day of the attack, a team of top police officials from Masaka and Kalangala eventually broke through and ended the assault.

Pastor Kalaja said sorcerers from other parts of the country had joined the area shamans to attack the Christians. This included a large contingent from Kiboga District, led by a shaman known only as Mariata, who claimed that Jjaja Mukasa had sent the mob to clear away all structures built in “his path.”

Police arrested one of the shamans, John Kasule, who was held at Kalangala police station while investigators continued to look for more suspects, but a Morning Star News source who visited the area was able to interview him.

“Mukasa spirit instructed us to demolish any structure built in his path, and therefore I am determined to continue to devote myself to the traditional gods despite my arrest,” Kasule told the source, whose name is withheld for security reasons.

The head of the area shamans, Doreen Nakitto, said two leaders of the group, identified only as Nabbojja and Bukasa, had approached her to get permission to inspect the landing site, which she granted. She said she was shocked to learn that the group had gone on to violence and destruction.

The head of the Pentecostal Churches in Kalangala, Bishop Godfrey Muyanja, condemned the attack.

“The action of the rowdy group of witchdoctors attacking, raiding and demolishing the house of God is evil and uncalled for,” he said. “Most of the church faithful sustained injuries in the attack and are receiving treatment in different clinics, while others have fled the landing site for fear of another attack.”

The next day, Dec. 23, police were patrolling the landing site.

In April, the shamans had attacked Christians of the Divine Harvesters Church for burning fetish items of former spiritist Gorretti Nantonjo, who had become a Christian.

“We are worried that Christians leaving the witchdoctors’ camp at Bukasa have been severely beaten in the recent past, and Monday’s incident was on a larger scale,” Pastor Kalaja said.

Bus Attack in Kenya
Following two attacks in northern Kenya the past two months that killed 64 people, gunmen on Dec. 19 sprayed a passenger bus with bullets on Kenya’s coast but stopped the assault after learning that all the passengers were Muslims, sources said.

Bound for Lamu, the bus was stopped at about 3 p.m. in the Lango La Simba area in Nyongoro, near Witu in Lamu County.

“The bus stopped, and the attackers got inside the bus but stopped the intended operation plan,” one of the passengers, identified only as Hilima, told Morning Star News. “The attackers had us pray to Allah. Almost all these passengers are women, and they are also Muslims.”

Police and Kenya Defense Forces personnel have been deployed to track down suspected members and sympathizers of the Somali Islamic extremist Al Shabaab group.