Lebanon (KAI/MNN) — The Islamic State terror group just released another chilling video, this time showing the training of new soldiers, some as young as 10 years old.

Matt Parker with Kids Alive International says recent reports indicate a surge of recruitment efforts in the region where I.S. dominates. He notes that children are being recruited as child soldiers to fight, or as suicide bombers, messengers, or spies, or to help these different rebel groups with cooking and cleaning. “This has been a feature of the Syrian conflict where rebel groups have been active in recruiting children. We’re starting to see this more and more now, with the problem really beginning to accelerate with the Islamic State’s active policy of abducting and recruiting vulnerable children, some of them as young as 10 years of age.”

By conscripting or abducting children and training them to fight under the ISIS banner, the group is being clear about one thing: this is a multi-generational assault. However, while touted as the future jihadist, Parker says the reality is much different. “These groups treat these children as expendable. These kids–if they are not killed–face huge psychological trauma and feel little or no hope for the future.”

More and more, it is the most vulnerable of a refugee population that winds up in these situations. Kids Alive International has worked there for more than 65 years and has seen abuse of children’s rights in the past. They know that children without safe haven, without family caring for them, are targets.

While the Kids Alive program wasn’t created to counter the child soldier issue, it does serve as a solution to it. Parker says that’s one area they’re aware of as Lebanon’s refugee population represents nearly a quarter of the people in the country. “What Kids Alive has been doing is expanding our program to help meet the needs of some of these refugee children in our residential program, in our school, in our care center programs. We’re now working with about 100 refugee children.” 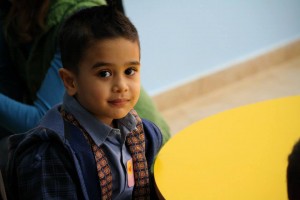 Parker says 60 refugee children “just started a couple of weeks ago in a new program that we have called ‘The Oasis.’ We’re providing them an education, daily care, food, medicines, and of course, the Word of God as well.” Keeping Syrian refugees in school serves a dual purpose: it keeps them caught up with their schoolwork, while also keeping them out of the Islamic State’s clutches. 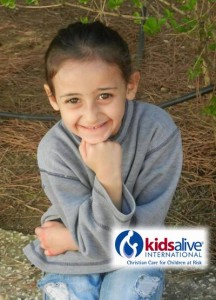 The Oasis program began last month and already God’s love is making a big difference. “We were already, even after a few weeks, starting to see some changes in their lives. I heard a great story of one little girl who came up to one of our staff at the end of the day and said, “At last! Coming to this school has helped me to feel loved.” As Christians, we need to be praying for the protection of children that are caught up in these conflicts.

For those who aren’t connected with safe havens, they still face the uncertainty of desolation with little hope for the future. Pray for Kids Alive and other organizations that are working hard to alleviate their misery. And most importantly, “Pray for our Christian brothers and sisters in Christ in this region, that through their words, actions, and suffering, they will point men and women of violence towards Jesus.”