Published by Ruth Kramer on September 9, 2014 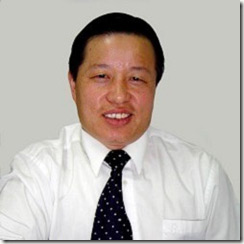 China (VCM/CAA) — Editor’s note: Many of you have been faithfully following Gao Zhisheng’s situation since his arrest and incarceration in China. You celebrated his release from jail along with the body of Christ. This follow-up comes courtesy of China Aid, a partner with Voice of the Martyrs Canada. Please keep praying.

Gao Zhisheng, a Christian human rights lawyer who has faced ongoing persecution from authorities, was released from prison on August 7th. However, despite the joyful news, this faithful Christian advocate is suffering severe consequences due to his time in detention. Gao was first arrested in 2009, then released briefly in 2010, before disappearing shortly thereafter. In 2011, state media reported that he had been jailed again for violating probation rules.

Since December of 2011, Gao was held in a small cell with minimal light. Guards were strictly instructed not to speak with him, and he was not allowed any access to reading materials or television. Each day, he was given a single piece of bread and cabbage to eat, resulting in the loss of about 50 pounds and many teeth due to malnutrition. It is also believed that he was repeatedly physically tortured. According to the released believer’s international lawyer, Gao “has been utterly destroyed.” He can barely talk, and only in very short sentences; most of the time, he mutters and is unintelligible. Not surprisingly, for it is believed that he is suffering from a broad range of physical and mental health issues due to the mistreatment he experienced during imprisonment. Even so, this tortured believer has not been allowed to see a doctor since his release.

VOMC is asking us to pray this way:

* While expressing gratitude to the Lord for Gao’s release from prison, let us also ask Him to be very near to this dear brother in Christ in the midst of his present sufferings.

* Pray that Gao will soon have access to medical professionals who will adequately address his physical and mental condition.

* Ultimately, may God supernaturally touch this believer’s ailing body and mind, bringing restoration, wholeness, and the ability to fully enjoy the fact that he is now reunited with his family.

* Remember Gao’s loved ones, as they undoubtedly face new challenges in caring for his immediate needs.

* May the Chinese authorities be held accountable for their severe mistreatment of this innocent Christian man, resulting in the humane and just treatment of all believers and other vulnerable members of the country’s minority groups