More than 300 Christians killed in the past week, church leaders say. 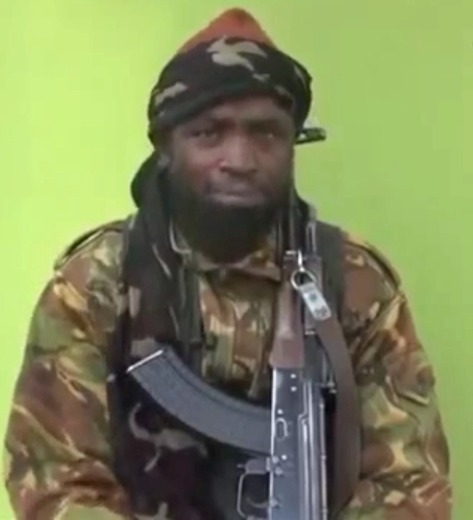 JOS, Nigeria, September 7, 2014 (Morning Star News) – Leaders of northeastern Nigeria’s Church of the Brethren in Nigeria (EYN) said Boko Haram attacks that have killed more than 300 Christians in the past week have forced the temporary closure of Kulp Bible College and many churches.

In an emergency prayer message sent Saturday night (Sept. 6) to Morning Star News among others, EYN President Samuel Dali said the headquarters of the church is under grave threat from the Islamic extremist insurgents who seek to impose sharia (Islamic law) throughout the country.

“Boko Haram violence has been getting worse every day, and our members are fleeing the area by the thousands,” he said. “Recent attacks in Borno and Adamawa states where are our churches are located have seen Boko Haram take over the Army base. As a result, about 350 Christians have been killed.”

Church leaders fear the EYN headquarters in Kwarhi, near Mubi in Adamawa state, could be attacked.

“Every night at the EYN headquarters, our staff and their families go to bed with hearts bound in fear for their lives,” Dali said. “This has forced them to be prepared to flee at any time of the night in an event an attack occurs during the hours of darkness.”

The attacks in the past week took place in the Gwoza, Chibok, Uba and Bama areas of Borno state – with Boko Haram threatening to attack the capital, Maiduguri – and in the Gulak, Michika and Madagali areas of Adamawa state, he said.

Dr. Rebecca Dali, wife of the EYN president, said in a text message to Morning Star News that Boko Haram has attacked villages in Adamawa state in a bid to take over the Madagali area.

“We are still under turbulence because of Boko Haram – last week they captured a lot of villages in the Madagali areas,” she said. “Five days ago they overcame the soldiers, occupied the army barracks, and killed more than 350 Christians. Yesterday and today (Sept. 5 and 6) the Boko Haram insurgents were in Gulak, killing a lot of Christians.”

A pastor at an EYN chuch in Gulak was traumatized, she said.

“He told us that they vandalized the church and his own property. He also said the gunmen killed a lot of Christians who are from Shuwa, Michika, Watu, and others,” she said. “The survivors are running, while others have been running to mountains to take refuge. We are closing Kulp Bible College for now. Pray for us please.”

The Bible college is also located in Kwarhi, near Mubi, Adamawa state. As of Saturday night (Sept. 6) Boko Haram terrorists were fewer than 50 kilometers (31 miles) from the Bible college and EYN headquarters, according to church leaders.

A Christian survivor from Gulak told Morning Star News by phone that Boko Haram, loosely translated as “Western education is a sin,” had seized the town.

“They went from house to house shooting and killing those they came in contact with,” Luka Sabo said. “I have seen bodies of some of those killed, but it is difficult to say how many have died.”

Emmanuel Kwache of Michika told Morning Star News by phone that the Boko Haram attack had left many Christians dead and thousands of others displaced.

“We are trapped here and don’t know where to run to, please pray for our rescue,” he pleaded.

An attack on Madagali on Aug. 23 resulted in the death of many Christians and the displacement of thousands of others, Christian leaders told Morning Star News. James Abawu, chairman of the Madagali Local Government Council, said that Boko Haram rebels killed Christians and destroyed their houses before hoisting Islamic flags in several villages.

“The Boko Haram insurgents came to the villages in large numbers and, using rocket-propelled launchers, explosive devices, and bombs, invaded our communities in Madagali,” he said. “They killed, maimed people and destroyed houses before hoisting  their flags in different locations in the villages.”

Most Christians have been forced to flee, he added.

The U.N. Office for the Coordination of Humanitarian Affairs recently reported that about 1.5 million Nigerians have been forced to flee their homes by Boko Haram in Borno, Yobe and Adamawa, where the Nigerian government has declared a state of emergency.

Christian leaders in the three affected states told Morning Star News that most of the displaced people are Christians. In addition, they said Christian clinics and schools have been shut down, and food for survivors has become very scarce.

Christians who escaped from the attacked areas told Morning Star News that those remaining in the Boko Haram areas were being forced to convert to Islam and conscripted into fighting for Boko Haram.

Borno Gov. Kashim Shettima, on Friday (Sept. 5) expressed concern over the attacks in a broadcast.

“In recent days and weeks, we have come under renewed and augmented attacks, waged against all of us, by an armed minority that seeks to impose on us a doctrine that is completely at variance with the religion of Islam, which they claim to promote; a doctrine that negates the dignity and existence of humanity on earth, despite Allah’s decree in the glorious Quran, that He has dignified the human creature, prohibited unjust killings and made the religion of Islam that which does not sanction compulsion in a multi-faith society like ours.”

He confirmed that several communities in Gwoza, Damboa, Askira/Uba, Marte, Chibok, Konduga, Dikwa and the most recently Bama, have been killed.

“Young and old, amongst them children, weak old men and women, [have been] killed in cold blood, their homes destroyed and thousands forced to flee, with some trekking over hurtful distances to become refugees within and outside Borno state,” he said. “Our capital city of Maiduguri is today facing a heavy influx of refugees from the local government areas in Borno. Borno citizens have been forced to take refuge in parts of Gombe and Adamawa states mainly on account of man’s inhumanity to fellow man in the gratuitous name of religion. These acts are absolutely condemnable in the strongest of terms.”

Adamawa state government secretary Liman Tukur confirmed that Gulak and Michika towns have been taken over by the Boko Haram insurgents.

“It has come to the attention of the Adamawa state government that insurgents are now in Gulak, the headquarters of Madagali Local Government Area, and have killed and displaced scores of people,” Tukur said. “The concomitant effects of the insurgency, like displacement of whole villages and towns, create multitudes of internally displaced persons whose management and welfare the government is left to bear.”