Judge in divorce case suggests he recant in order to reconcile. By Our Algeria Correspondent 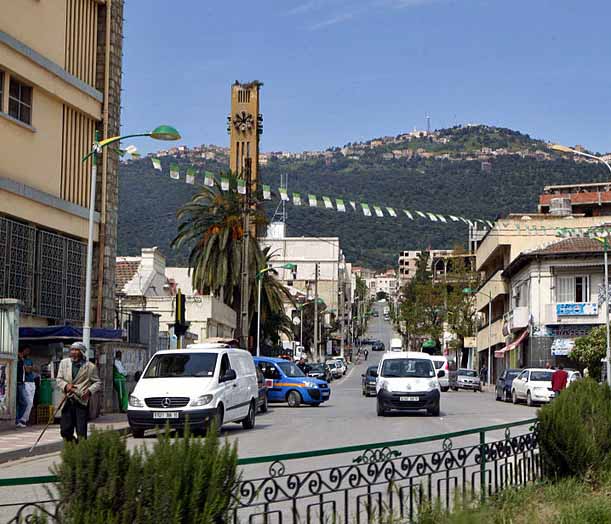 TIZI OUZOU, Algeria, January 23, 2014 (Morning Star News) – A Muslim woman in this northern Algerian city seeks to divorce a convert from Islam because of his new faith, while her brother and lawyer suggest he should be killed for apostasy.

At a session for the purpose of reconciling the couple yesterday, the judge suggested the first option would be for Ali Touahir to recant his new faith, Touahir told Morning Star News, pointing out that the judge’s hijab, or face covering, indicated she was a devout Muslim.

“The first question the judge asked was, ‘Now then, Mr. Touahir, what have you decided?’” the 52-year-old Touahir said. “And I answered, “Madame, what do you want me to tell you? There is nothing that has changed...”

His wife, Makhtour Wahiba, then interrupted him, saying he was stubborn, he did not want to change and he wished to remain a Christian, he said.

“I then took the floor to ask my wife not to cut me off, but to let me speak,” Touahir told Morning Star News. “So I added, ‘If there is a change, it would be in my heart, which neither you nor my wife can see or understand. My faith in God is personal; this is a matter between me and God alone. ”

Glaring at him, he said, the judge raised her voice in replying, “Mr. Touahir, that is precisely why your wife cannot continue to live with you under the same roof.”

Wahiba (or Ouahiba) left him in June 2013, six months after he was baptized, by having him take her and their 7-year-old daughter to her mother’s home and then refusing to leave it; their daughter, Imane, remained with her, and Wahiba has forbidden him from seeing her.

“I felt I was betrayed not only by my wife, but also by her brothers in this,” Touahir said.

He later later met with one of Wahiba’s brothers, who openly threatened to kill him for converting, he said.

Touahir has been married to Wahiba since 1997. His wife seeks thousands of dollars in support, and at the hearing yesterday (Jan. 22) she reiterated her demand that Touahir be prohibited from seeing Imane. The judge, however, disagreed.

“I told the judge that my wife has forbidden me from seeing my daughter,” Touahir said, his eyes red with grief. “I told her, ‘I have not seen my daughter for over a month; it’s just that she dared to change my daughter’s school without even informing me. What right has she to do this?’”

The judge then informed Wahiba that she had no right act in this manner, but when she requested that Wahiba allow Touahir to visit the girl, Wahiba refused.

“She exclaimed in response to the judge, ‘No, I will never let him take her or see her – my daughter is Muslim, and I do not want him to poison her with his Christian ideas,’” Touahir said. “Fortunately, the judge did not let her, replying, ‘No, madame, the law authorizes him to see his daughter, and you are obliged to obey or we will be forced to use the law.’”

After getting Wahiba to agree to let Touahir see Imane on Friday (Jan. 24), the judge adjourned the session and said the case would be resumed next week.

Touahir was baptized on Dec. 29, 2012, months after a friend provided him the message of salvation by faith in Christ, and his friend’s personal conduct impressed him, he said. He attended a church worship service and received a copy of the New Testament, and after reading it decided to give his life to Christ, he said. He continues to worship at the same church, undisclosed for security reasons.

Touahir’s own conduct changed after converting, he said, as he remained gentle, patient and kind through Christ in the face of his wife’s strident and frequent objections to his faith. Before she left him, every day Washiba threatened him and told him to abandon his faith, he said.

“‘You brought sin into the house,’ was her incessant language,’” he said. “‘You have denied the faith of our ancestors, you are deceived, return to reason.’”

Her Islamist brothers persuaded her to seek a divorce through the courts, he said. In court documents, her attorney states that Touahir was born a Muslim from a Muslim father and grandfather.

“But now he is going the wrong way by converting to Christian faith and has started going to church, which is against sharia [Islamic law],”  attorney Djouder Mahd wrote. “It is not possible that my client still remain under the same roof with a man who has renounced his religion, as he became apostate; and we are not ignorant of the punishment that is due an apostate under sharia [death].”

Algeria does not operate under sharia, and apostasy and conversion are not illegal, but the constitution declares Islam the state religion and prohibits institutions from engaging in behavior incompatible with Islamic morality, according to the U.S. State Department. Proselytizing by non-Muslims is a criminal offense, carrying a maximum punishment of 1 million dinars (US$12,845) and five years in jail.