Beleagured Church in Indonesia Forced Out of its Building 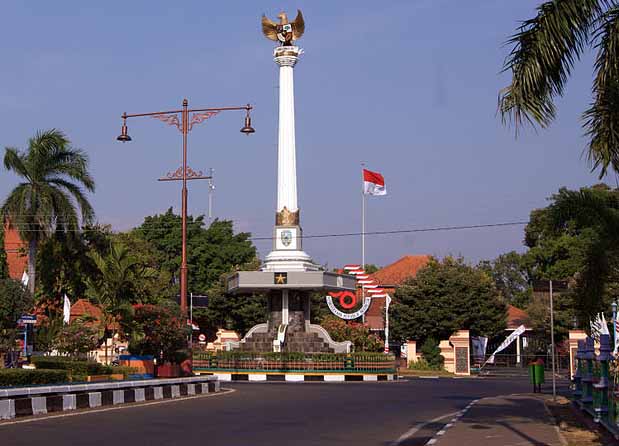 LOS ANGELES, January 18 (Morning Star News) – A small church in Central Java, Indonesia that has struggled for more than a decade to keep its worship facility celebrated a re-opening last month, only to see it shut before Christmas due to protests from hard-line Islamists.

The 41 Christians of the rural church in Pepanthan Dermolo village, Jepara County, on Dec. 1 began worshiping again in the building Islamic extremists had long denied them. Two weeks later, they did not dare meet there due to threat of violence from a local group called the Muslim Solidarity Forum of Dermolo.

“We had to move our Christmas celebration to a church seven kilometers (four miles) away,” pastor Teofilus Tumijan told Morning Star News.

The church, a branch of an established Mennonite denomination called the Gereja Injili di Tanah Jawa (Evangelical Church on the Land of Java, or GITJ), has a valid building permit, the pastor said, but on Dec. 16 Jepara County Regent H. Akhmad Marzuki issued an order temporarily stopping the services there.

The church, which began in 1999, has enjoyed the support of many moderate Muslims. In 1999 the village head suggested that the Christians build a worship facility, and the congregation scraped up enough money to purchase land in 2000. After a long process involving meetings with local Muslim leaders, they obtained a building permit on March 9, 2002, Tumijan said.

In May of that same year, however, the Muslim Solidarity Forum of Dermolo objected to the presence of a church, he said.

The Christians paid little attention to the opposition and completed the building in 2003. Some local Muslims actually helped in the construction of the church building, Tumijan said, and Muslim women helped cook for the work crews.

Soon after completion of the building the Forum raised its objections, though, and a long series of struggles began. Sometimes the church would remain open, other times the government would close it, Tumijan said. In 2011, for instance, the church managed to keep the building open from July to December.

The latest round of conflict began on Aug. 27, 2013, when the county parliament recommended that the regent revoke all temporary closure decrees and orders and grant permission for the building to be used for worship. When no opposition appeared by Nov. 4, the parliament head gave the church the go-ahead to use the facility.

With much fanfare and press coverage, the church began services on Dec. 1. The following Sunday, however, 10 Muslim extremists from the Forum intruded into the service. One began taking photos.

After the threat of violence led the church to eschew the building and the regent closed it on Dec. 16, the congregation moved worship services to the home of Tumijan, which is adjacent to the church building.

The regent has proposed that the church apply for a temporary permit. But such a permit would be valid for just two years and then would be subject to reconsideration for renewal. That course risks replacing the current, valid permit with a temporary one, Tumijan said.

“This will weaken our position,” he said. “We demand our rights guaranteed by the Indonesian Constitution. We already have official permission to build and use our church.”

Indonesia’s Joint Ministerial Decree of 2006 requires the signatures of approval from 90 members of a congregation and 60 local households of a different faith, but Tumijan said the law does not apply to them because of their prior permission.

“We already had permission before the decree and are therefore ‘grandfathered in,’” he said. “Not only that, but we have collected 182 signatures from local residents [in February 2012] agreeing to our presence. We did this even though we did not need to do so; we are already legal.”

A legal aid foundation from the provincial capital of Semarang is assisting the denomination in the case, as is a sociology of religion foundation from Semarang and the Youth Foundation of the Nahdlatul Ulama, or Lakspedam NU, the the youth auxiliary of a conservative Muslim organization.

While the involvement of the NU youth appears surprising, it springs from its historical support of religious minority rights. One legacy of long-time NU leader and former Indonesian President Abdurrahman Wahid, colloquially known as Gus Dur, was religious toleration; he championed freedom of worship and convinced the NU to protect the rights of religious minorities. Church leaders hope the provincial chapter will continue the tradition.

Said one denominational leader, “Please pray that the local people will accept the presence of a church in their midst.”