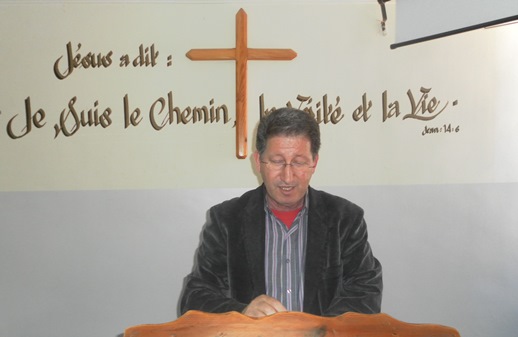 A number of churches, as well as foreign NGOs, in Algeria have called for the abolishment of a new law, which they say will hamper their work.

Under the law, which will come into effect on Sunday (January 12), NGOs may be dissolved or suspended if their business is deemed to interfere with national affairs.

Those who fail to comply with the law by January 12 will be liable to prosecution.

The law was passed in January 2012 as part of Algerian President Abdelaziz Bouteflika’s political reforms, but it has been criticised by Amnesty International as “draconian”.

In a statement released on December 18, 2013 by its bureau in Algiers, the human rights organisation said the law threatens freedom and democracy.

“The new Algerian law on associations should be repealed before the expiry of the deadline in January set for existing associations to get registered, in order to avoid irreparable damage to Algerian civil society. This draconian law could lead to the closure of independent organisations and civil society and stifle debate on key political, social and economic issues,” said Amnesty’s statement.

The organisation adds that the law “arbitrarily restricts the right to freedom of association and elevated it de facto to a criminal offense, in violation of state obligations prescribed by international human rights law”.

The Protestant Church of Algeria (EPA) is among a number of other local organisations concerned by the new law.

The law stipulates that an association must be present in at least 12 regions out of a total of 48 across the country, in order to be granted national status. Previously the EPA in Algeria was present in only five regions, so it has been obliged to obtain the affiliation of other churches located across seven additional regions in order to comply.

“We sent an updated version of our constitution to the Ministry of the Interior at the end of November, just two weeks after our general assembly,” explained Pastor Mustapha Krim, president of the EPA. “We were advised by a lawyer to ensure we introduce our application in the right way. We have done everything necessary to comply with this new law.”

Under the provisions of the new law, the Ministry of Interior will either issue a receipt of approval, or a decision of refusal, within 60 days.

Already facing restrictions due to the controversial 2006 law forcing churches to register with the state, the provisions of this new law will further limit the activities of churches in Algeria.

The 2006 also law outlaws any Christian evangelism of Muslims, as well as the distribution, production and storing of material used for this purpose.

A group of associations, including the Algerian League for Human Rights (LADDH), has called for a national campaign against the law.

The European Union has also expressed its concern. “We hope that these practical difficulties in the implementation of this law, which are not quite the same for all associations, will be lifted to facilitate the work of associations,” said the head of the EU delegation of Algeria, Marek Skolil, during a press conference on December 22 in Algiers.