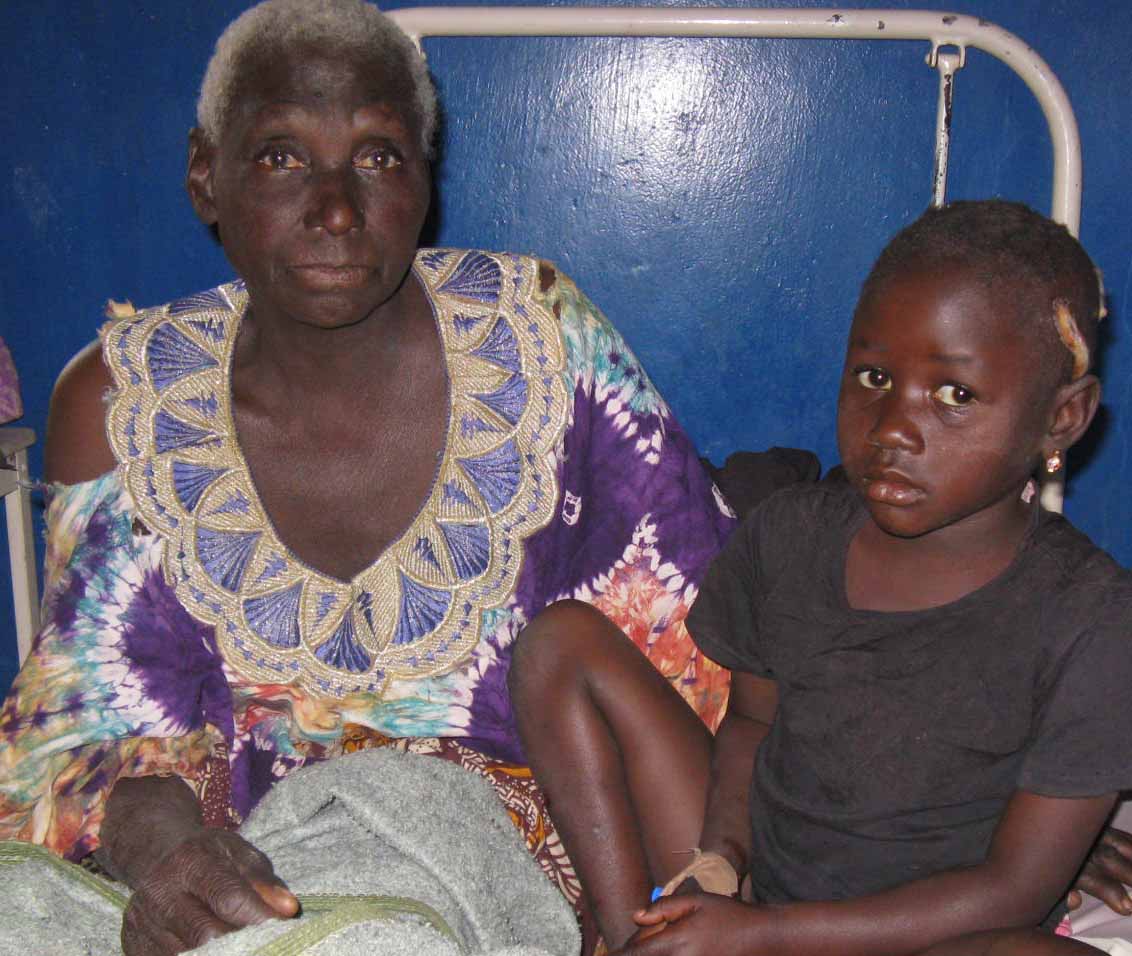 “The soldiers stationed in the village to protect us joined the Fulani herdsmen in shooting, and in the process most of our people were killed,” Alamba said as tears dripped down her cheeks. “I was shot by soldiers I ran to for protection. We were all trapped in the village as there was no way of escape for us. We ran to the premises of the church, and some soldiers followed us there. They were shooting, and the herdsmen were shooting too. It was chaos and confusion everywhere.”

Pastors of the Church of Christ in Nations (COCIN) conducted a funeral service on Tuesday (Jan. 7) for the 33 slain Christians amid tight security provided by soldiers, sources said. 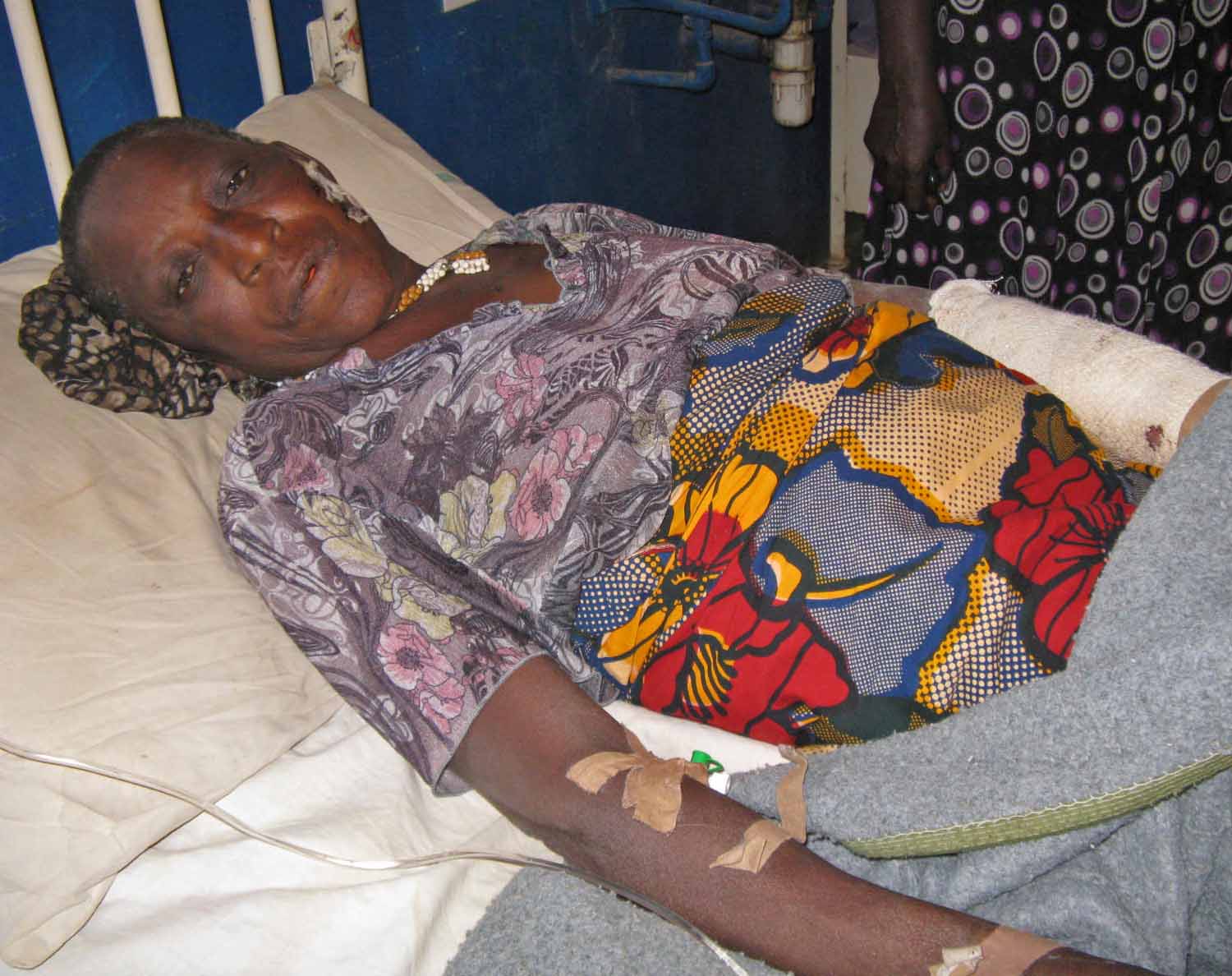 Alamba, receiving treatment at Vom Christian Hospital near Jos, said the herdsmen killed the first Christian on Sunday (Jan. 5). The next morning, word reached the village that Fulani herdsmen accompanied by a soldier had attacked a local Christian, Andrew Bature, his wife and others when he went to his farm.

Villagers went to the farm and brought back Bature’s body, she said.

“In less than 15 minutes of their return with the remains of Andrew Bature, hundreds of Fulani herdsmen armed with guns surrounded our village and began shooting everyone they saw,” said Alamba. “They set fire on houses and either shot or butchered our women, children and the elderly.”

Alamba, a student of environmental health at the School of Health Technology, Zawan, near Jos, said she miraculously escaped and trekked to neighboring Fang village, where Christians took her to the hospital. Residents of Fang had come to Shonong to help repel the attackers.

Alamba said the soldiers who had been shooting into the air and shouting on Sunday night (Jan. 5) had demanded that area resident Jidauna Mwangwong open his shop to provide them alcoholic drinks, but that he had refused because of the late hour. They forced another resident to open his shop, but not before insulting Mwangwong and telling them that “they would see how he will open his shop” the following morning, she said.

“After the soldiers drank themselves out, they went back to their duty posts and continued with the shooting into the air,” Alamba said.

Another survivor, 22-year-old Edward Iliya, said the raid was a collaborative effort by the soldiers and herdsmen.

“Twenty of us went to the farm of Andrew Bature to retrieve his corpse minutes before the attack occurred, and I was almost shot by one of the soldiers because he pointed his gun at me to shoot me when I dived for cover and scampered away,” Iliya told Morning Star News. “I was in the village at the time of the attack. We were trapped in the village with no hope of escaping as the rampaging herdsmen attacked us in all directions. God in his infinite mercies caused Christians from our neighboring village of Fang to rush here to assist us. They repelled the Fulani gunmen, and we found ways to escape from the attackers.”

Iliya, a student at Federal College of Land Resources Technology, Kuru, near Jos, said 22-year-old David Gwong, son of the Shonong COCIN pastor, was among those killed in the attack. The pastor has fled the village, he said.

“Right now the entire village has been destroyed, and there are no more houses to return to,” said Iliya, uninjured but assisting victims at the hospital. “When we there yesterday for the burial of our dead relatives, there were only three houses left that were not burned by the attackers.”

The Rev. Yakubu Fom, pastor of the COCIN congregation at Riyom town, told Morning Star News that the victims’ corpses were recovered amid charred houses and surrounding bushes.

Fom lamented that soldiers and other members of security agencies stationed in Shonong village did not keep Muslim attackers from murdering elderly Christian women and children in their homes.

“One wonders what the soldiers were doing in the village while the Muslim Fulani herdsmen killed and set fire on homes of our members without the soldiers repelling them,” Fom said.

Others killed, she said, were four members of one family: Rose Usaini, 34; Simi Usaini, 10; Precious Usaini, 7; and a baby boy whose name she could not recall.

“They were all murdered by the Muslim Fulani herdsmen,” she said.

Another family lost two members, 58-year-old Jummai Mwangwong and 16-year-old Naomi Mwangwong, she said. Also killed was Ading Bwode and her three children, whose names she could not recall, as well as Davou Gwom, 22; Bwode Dalyop, 70; Bata Ishaya, 11; Mandien Matthew, 60; Chung Raymond, two of his brothers and his son; Timothy Jangok, 40; Chap Audu, 19; Daniel Babuje, 39; Finbar Mark, 8; and Chap Fidelis, 25, and her daughter.

All of those killed, she said, were members of the Shonong COCIN congregation.

The church has about 300 members. Shonong also has a local congregation of Evangelical Church Winning All.