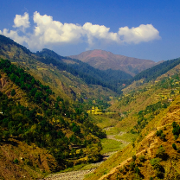 One of their workers says after over 40 years as a mission hospital, the facility has been taken over rather abruptly by the government. They plan to expand it to a sub-regional government hospital, but for now it is completely closed.

The worker writes, "This has been an unexpected turn of events, with a lot of pain and loss associated," adding, "This has been brought about by what we perceive to be a small but vocal minority who opposed the presence of a mission hospital in their community."

There appear to be options for new health work in neighboring areas in the Far West of the country, but, this worker notes, "We are waiting now for the Lord's clear leading."

Many TEAM missionaries had visas tied to this hospital, so please pray for God's provision for them also. A large percentage of the local church had jobs from the hospital and are now out of work.

Please pray for the strength of the local church as it goes through this difficult time. The team is also asking prayer for wisdom regarding their next steps and future ministry.