After Persecution for Faith, a Rare Religious Rights Success in Vietnam

By Our Vietnam  Correspondent 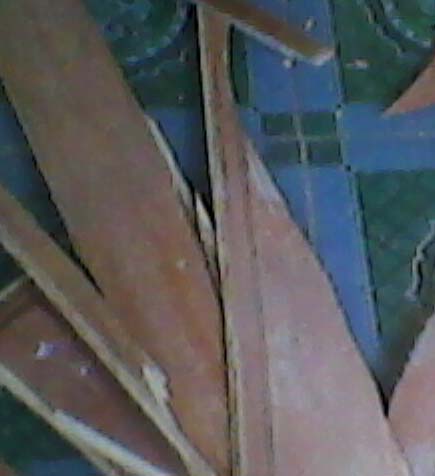 June 27, 2013 (Morning Star News) – Vietnamese authorities in Kontum Province this month resettled four severely persecuted ethnic Sedang Christian families on new land not far from where their homes and farms had been destroyed last February. This is a rare, positive government response to persecution and an important step in the struggle for religious liberty – if it becomes a precedent.

In mid-February five Sedang minority families in Ngoc La village, Tumorong District, who had become Christians about a year earlier, suffered nightly raids on their homes and fields by local people, animists who strongly opposed their conversion and tried to force them to recant Christianity (see Morning Star News, Feb. 26). First their personal and household possessions were wantonly destroyed; next their houses were damaged beyond use; finally, thousands of coffee plants and fruit trees in their fields, ready to yield crops, were cut down and destroyed. During the raids, some members of the families were beaten, and all were terrorized and forced to flee into the forest under threat of death.

Local officials who were called to intervene did nothing, leading to the understandable conclusion that they too were involved. Thus both social and official factors played a role in the persecution. Four of the five families, 19 people in all, took refuge in the home of a Christian pastor and his wife. The couple, who live about 100 kilometers (62 miles) from Tumorong, graciously extended food and lodging to the group for nearly four months.

Advocacy began soon after this persecution drove the families from their homes and deprived them of their livelihood. Several media outlets published the news, and there were local and international calls for prayer. Vietnamese-language Websites posted the story. With the help of local advocates, the victims sent petitions to various levels of Vietnam’s government. (Understandably, some people closely involved wish to remain unnamed.) Vietnamese diplomats were also approached in various embassies around the world. The government surely got the message that the failure of local officials to protect persecuted Christians, and to stand by as their farms were destroyed, made Vietnam look very bad indeed.

It seems the key advocate may well have been a leader of the government-recognized Protestant denomination to which the Christians belonged. He rightly perceived that if issues like this are not solved locally, they are not solved at all. So he worked long and tirelessly; those close to the situation said they could not count the number of meetings he had with various officials. The incident apparently sparked province-level meetings to review government religion policies and practices. At one juncture, this church leader advocate went to Hanoi to meet a deputy prime minister about the Tumorong case.

A solution was long promised, and finally a surprisingly positive outcome came about. There had been a major problem in that animists in their original village resolutely refused to accept the Christians back, and higher officials felt they could not guarantee the Christians’ safety if they forced the issue. So the families were resettled in the same district but a different village. On June 11 they were accompanied back to their area by their hosts.

The government offered each family three hectares of land for fields and farming, and one hectare for a home and garden. Officials also promised government support for food and basic necessities for at least six months. This includes 15 kilograms of rice per person each month, and resupplied dishes, cooking appliances, utensils and other items.

Seed is also to be provided for planting new crops. The government also promised reimbursement for the Christians’ considerable personal property losses in February and prior.

On return, the Christian families were given another “opportunity” to recant by an animistic practitioner and others. But they steadfastly refused. To help ensure that government promises are kept and to provide pastoral care for the families, their church leader advocate secured permission to visit the families whenever he wished and agreed to be a guarantor for them.

What conclusions can be drawn from this unusually good outcome after very bad persecution of Christians? First, with the right combination of persistent advocacy at several levels, Vietnam’s authorities can and will respond.

There are lessons here for advocates. In many cases, the government has repeatedly ignored petitions and advocacy. But this time the response was to at least make things right materially for the victims. The government took some responsibility, and for this it is to be highly commended. Much more than material replacement of property lost through persecution is required for full freedom of religion, but if this alone were to become a precedent, it would mark a big step in the right direction.

At this point it is unknown but unlikely that the persecutors were brought to justice, or that officials who stood idly by were reprimanded or punished. The fact that officials were unable to persuade the people of the Christians’ original village to accept the four families back also signals the limit of the government authority over local situations.

Nevertheless, Vietnam’s government is to be commended for taking action to right a serious wrong. If this precedent becomes widely known in-country, and Vietnam more readily realizes the high price it pays for allowing religious persecution, “the system” might begin to respond more quickly and positively when local officials flagrantly violate religious freedom or stand by when social pressure against believers of any religion turns violent.