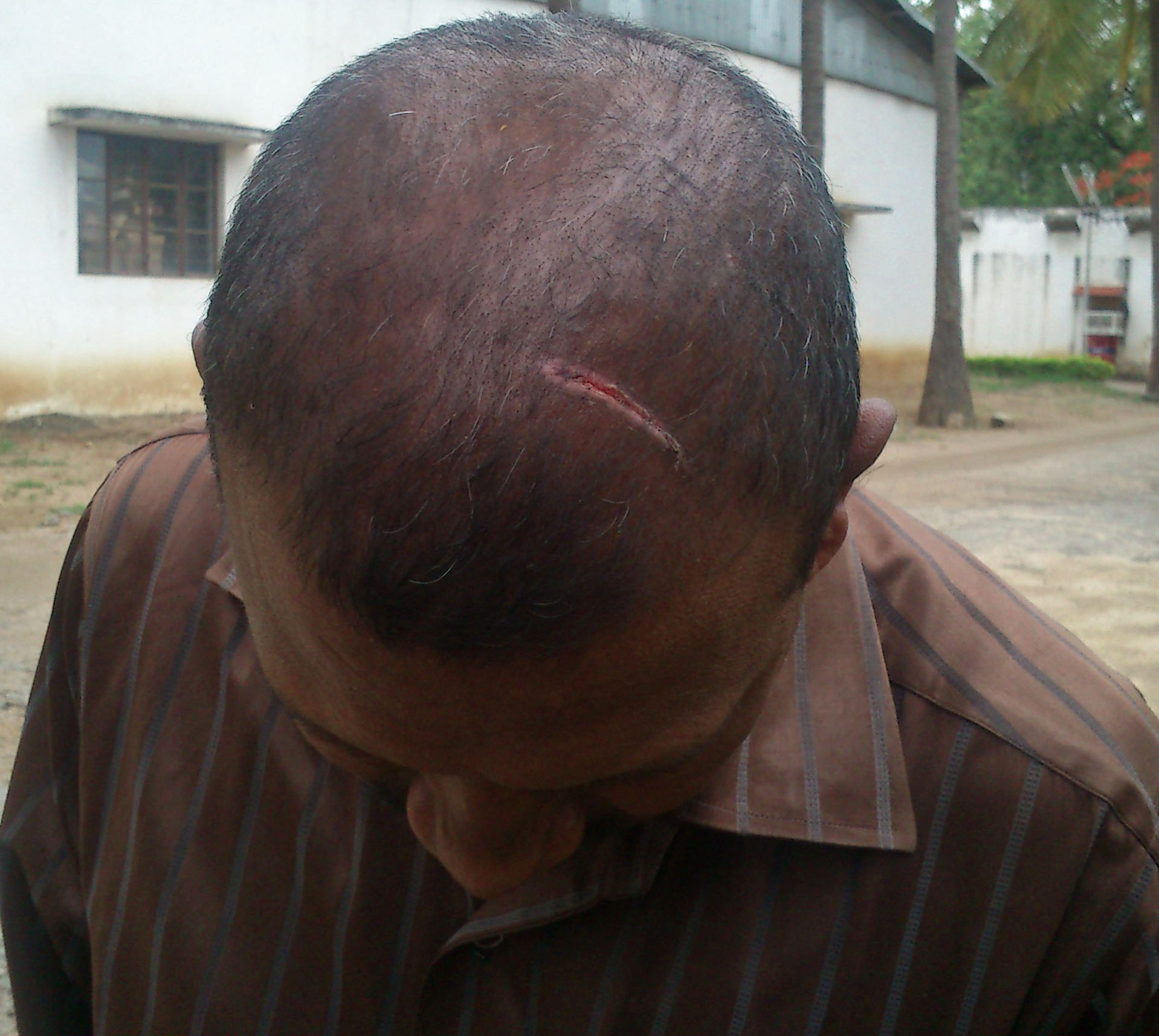 NEW DELHI, June 26, 2013 (Morning Star News) – Even in a state with no “anti-conversion” law, Hindu extremists in Andhra Pradesh this month leveled the accusation of forceful conversion at pastors as they belted the Christian leaders with iron bars.

At their monthly prayer gathering in Thukkugudu, Hyderabad, on June 4 about 20 pastors from various denominations were stunned when a mob of Hindu extremists approached with clubs and iron rods and accused the ethnic Telegu clergy of forceful conversion. Vaguely worded laws in other states banning forceful, fraudulent or coercive conversions provide a ready pretense for false accusations against Christians helping to provide for the needs of the poor, leading to numerous false arrests.

Lack of such a law in Andhra Pradesh, on India’s southeastern coast, did not stop Hindu nationalists from shouting the accusation as they attacked. The assault was notable for its scope and intensity. Members of the Hindu extremist Rashtriya Swayamsevak Sangh struck with fury, uttering obscenities as they denigrated the pastors’ faith and low-caste status. Hindu nationalists assert that people in India are Hindu by birth, and that conversion to another faith amounts to national betrayal.

“They suddenly intruded into the meeting at about 1 p.m. while we were having our lunch and started to beat up pastors who were standing outside the room,” said the Rev. B. Robert of the Bethel Saron Assembly of God Church.

Seven Christians received hospital treatment, including a 73-year-old pastor who goes by the single name of Krupiah.

“Pastor Krupiah was bleeding profusely when they took him to the hospital,” Robert told Morning Star News. “There was blood everywhere, as many pastors were beaten on the head.”

The assailants, led by Venkat Reddy, shouted anti-Christian slogans, over-turned chairs and tables, and seized and destroyed some pastors’ cell phones and cameras, he added.

“Some pastors even wore their [motorcycle] helmets in order to protect their heads,” Robert said. “However, the angry extremists beat them with iron rods and broke their helmets.”

The mob prevented the pastors from escaping the assault.

“The attackers pulled me and my friend Pastor Bhagati Timothy back inside the room,” Robert said. “I somehow managed to escape without major injury. However, Pastor Timothy was severely beaten on the head. Timothy sustained a deep cut on his head, and he started to bleed profusely.”

Robert was able to get to his motorbike and took Timothy to the hospital.

The All India Christian Council representative in Hyderabad, Moses Vattipalli, told Morning Star News that accusations that the pastors were forcing people to convert to Christianity were baseless.

“There was no case of forceful conversion – the pastors were having their monthly prayer meeting as usual,” Vattipalli said.

Also injured was Ganugapati Kumar, with broken bones in both hands, and V. Timothy, who hurt his leg.

Police at the Pahadi Sheerif police station registered a First Information Report against the attackers, but no arrests had been made at press time.

Local Christians planned a protest against the assault but postponed it on counsel of police.

Christian leaders have submitted a memorandum to the Mandal Revenue Officer, who has promised to take action.

The extremists had threatened pastor Paul Viswas, telling him to stop leading worship meetings in the area or face violence.

The AICC reported that the official from the GHMC, Dhanjiv Reddy, planned the destruction with the local Hindu extremists. They had been threatening Viswas for a year.

Five states – Orissa, Madhya Pradesh, Gujarat, Chhattisgarh and Himachal Pradesh – have passed “anti-conversion” laws, resulting in widespread harassment of Chistians. Arunachal Pradesh has not fully promulgated similar legislation, and the Rajasthan chief minister has yet to sign into law an anti-conversion law passed by the state assembly.