Bishop voices concerns, as international NGOs appeal to France and the AU to reconsider position 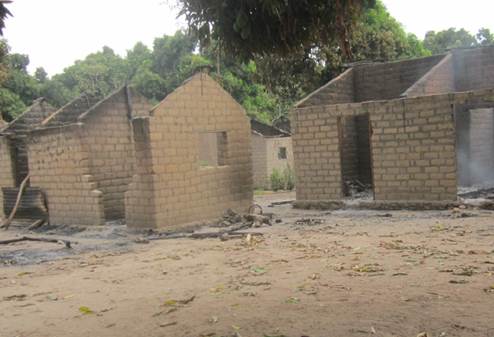 As a significant risk of interfaith conflict looms over the Central African Republic (CAR), the leaders of the two main religions in the country – Christianity and Islam – have decided to speak with one voice.

The CAR was plunged into chaos after a rebel coalition called Séléka overthrew the regime of François Bozizé in March, forcing him to flee the country.

Numerous acts of violence perpetrated by members of the rebellion have created a climate of tension between Christians, who make up nearly half of a population estimated at around 4.6 million, and Muslims, who comprise 15%.

The two religious communities have coexisted previously without many problems, with a strong Muslim presence in the north and Christians dominating the south.

But now the Christian community is claiming some of its Muslim neighbours have becomes accomplices to Séléka’s acts of violence, which are said to include mass murder, looting, theft and the destruction of property. Christians say they feel particularly targeted.

"We have started dialogue between Muslims, Catholics and Protestants to calm the situation down, otherwise this country is likely to explode," the Bishop of Bangassou, Juan José Aguirre Munos, told the Catholic Fides Agency.

"We are offering an opportunity for dialogue so that the life of the population can be brought back to normal. Since some Muslims have been accused of complying [with Séléka’s violence], we are trying to avoid further violence and revenge that would complicate an already very confusing situation." 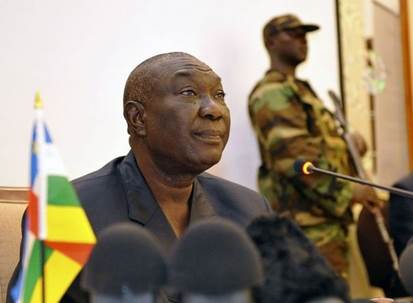 The Catholic clergy in the country sent a letter to the rebel leader-turned President of the CAR in April.

In the letter, titled ‘No more things like that… Standing up against impunity’, the Church implored Michel Djotodia to break his silence against Séléka’s members for acts of violence including rape, looting, extortion and robbery, and to explain the existence of an earlier letter written by Djotodia that showed his desire to turn the CAR into an Islamic republic.

In an attempt to defuse the situation, the new head of state met separately with the different religious leaders last month and assured them that there will be no “Islamisation” of the CAR. He also urged them to live together in peace.

Catholic, Protestant and Muslim leaders met on June 10-11, under the auspices of the international NGO Mercy Corps, and agreed to act together in order to find a solution to the growing unrest.

The meeting was of great importance, said Imam Omar Kobine Layama, President of the Islamic Council in the CAR. It helped to reinforce the position of religious leaders and their importance in seeking a resolution to the conflict, he added.

An appeal was launched to plead with Catholics, Protestants and Muslims to cooperate with an initiative aimed at preventing an increase of religious fundamentalism in the country.

As part of the initiative, four imams, four priests and four pastors will receive training on how to prevent conflicts. Then they will visit a number of cities to organise awareness meetings on conflict prevention.

In Bangui, the capital, committees composed of three priests, three imams and three pastors will visit Protestant and Catholic churches, and mosques, to convey messages of peace.

A number of international NGOs have also expressed 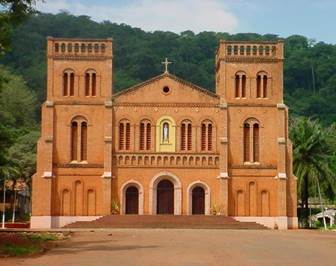 concerns over the current situation in the CAR. In an appeal signed by four organisations, including Caritas France, the NGOs asked France, the former colonial power, and the African Union (AU) to reconsider their positions.

Several countries and international institutions had suspended their aid to the CAR after the seizure of power by the rebels, with the resumption of their cooperation conditional on the restoration of constitutional order.

It is important to bring humanitarian aid to a population in danger and at the same time promote the restoration of the democratic process, said the signatories.

If nothing is done, the current instability could evolve into a major crisis and the "Central African Republic will become the Somalia of central Africa’’, warned the NGOs.

“This institutional no man's land could attract terrorists from Nigeria and Mali, or the Lord's Resistance Army (LRA), which would easily find refuge in this country with 4.6 million inhabitants spread over 650,000 km2 (240,000 square miles),” they wrote.

The CAR is at the heart of one of the most volatile areas of the continent. It shares long borders with countries confronted with security issues such as Sudan, (in the east) and the Democratic Republic of Congo (in the south).

On Thursday June 13, at least 16 people were reportedly killed in an attack in the Bria region of the CAR, attributed by the authorities to rebels of the LRA.

President Djotodia then announced the deployment of troops in the east to hunt down the Ugandan rebels, whose chief, Joseph Kony, is wanted by the International Criminal Court.

The Bishop of Bangassou said he was concerned by this deployment of troops.

"I would not want this statement to be an excuse to enter the Séléka areas in the east that, good or bad, are still protected by the presence of Ugandan and American troops," Munos told Fides.

“The Ugandan soldiers are in the southeast of the Central African Republic, on behalf of the African Union, to hunt down the LRA. Séléka, stating that it wants to attack the LRA, wants to prove that the presence of Ugandan troops is no longer needed and therefore have a free hand in that area. The LRA has been here for six years; it is not easy to defeat."