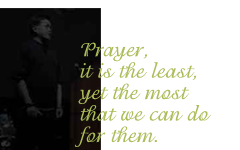 Revolutionary Guard closes doors amid crackdown on recognized churches.
By Damaris Kremida
ISTANBUL, June 8 (Compass Direct News) – Authorities in Iran this week ordered the closure of a church in the capital, Tehran, amid a government campaign to crack down on the few recognized churches offering Farsi-speaking services, according to a human rights group.
The order came from Iran’s Revolutionary Guard’s Intelligence branch on Tuesday (June 5). The Revolutionary Guard, also known as Sepah, is known for its military aggression.
“Unfortunately, it is now official – the church in Janat-Abad [district] was ordered to shut down,” said Monsour Borji, an Iranian Christian and advocacy officer for rights initiative Article 18. “If no reverse decision is made, this Sunday [June 10] no meeting will be held.”
Article 18 is a London-based initiative of the United Council of Iranian Churches (Hamgaam), which seeks to defend and promote religious freedoms in Iran. Hamgaam is composed of Iranian Christian churches in Europe.
The church in Tehran’s northwestern district of Janat-Abad belongs to the Assemblies of God (AOG) Church in Iran. Originally it was located in Karaj, about 20 kilometers (12 miles) west of Tehran, but authorities ordered it to shut down some years ago, Borji told Compass.
Church leaders had negotiated with authorities to use property they acquired in Janat-Abad in order to serve their Assyrian background Christian members who lived in west Tehran. Over time, however, the number of Iranians from Farsi-speaking Muslim families attending the church increased, drawing the attention of authorities.
More than 70 Christians gather every Sunday for the Farsi-speaking service in Janat-Abad. Undoubtedly the order to close the church in the suburb of Tehran was handed down verbally, Borji said.
“Due to an increasing number of Farsi-speaking believers – mostly MBBs [Muslim Background Believers] – it has become a cause of concern for the authorities and they now ordered it to shut down,” he said.
Last month the leadership of the AOG Central Church of Tehran, after 20 years of pressure from authorities to provide a list of church members, asked its members to volunteer their names and national ID numbers. The government move was aimed at limiting attendance by converts from Islam to Christianity, as well as to better monitor its members, sources said. Almost all members of the church’s two Sunday services come from Muslim families. Both services are held in Farsi.
Borji said that some members did submit their information last month, and already authorities have used it to put pressure on Christians, alarming those who have not given their details.
“Some have submitted, but not all, especially since some members experienced problems at work and university after submitting their details,” Borji said.
One university student who attended the church was barred from taking a final exam, and another member was fired from work, Borji said.
When members of the AOG Central Church of Tehran initially heard the news, some believed they were faced with the ethical dilemma of whether they would be denying Christ by declining to reveal themselves in this way.
In February, Emmanuel Protestant Church and St. Peter’s Evangelical Church were ordered to shut down their Friday services. These two churches were the last two official churches offering Farsi-language services on Fridays in Tehran.
“If this aggressive campaign to eliminate evangelical Christianity is not stopped, it is a matter of time before all Farsi-speaking churches are forced to shut down,” Borji said.
If the church in Janat-Abad closes its doors this Sunday, only three churches will remain in Tehran offering Farsi-language services: the AOG Central Church of Tehran, Emmanuel Protestant Church and St. Peter’s Evangelical Church. Though Emmanuel Protestant Church and St. Peter’s Evangelical Church shut down Friday services, they have continued to offer Sunday services in Farsi.
Last month authorities arrested one of the elders of Immanuel Church in Tehran, Mehrdad Sajadi, and his wife, Forough Dashtiani, according to Mohabat News.
Mohabat and other news sources report a crackdown against Christians in recent months. In a report earlier this month, Middle East Concern (MEC) reported that the “Government’s campaign of intimidation against Christians and churches continues,” and noted that authorities are targeting both house churches as well as the “small remaining number of officially recognized Protestant churches.”
As an Islamic republic, Iran views Christians and especially Christian converts as enemies of the state and pawns of the West out to undermine the government. Authorities associate Christianity with some ethnic minorities in Iran – that is, Armenians and Assyrians – and do not tolerate the notion of a Farsi-speaking Church.
Converts to Christianity from Islam resort to meeting together in secret at their homes and have formed an underground church made up of house groups. There is no data available on how many Iranians have left Islam for Christianity.
On behalf of London-based Hamgaam, Borji asked the international community to speak up against the persecution of Christians in Iran.
“[We are] asking for the support and solidarity of all Iranians and the international community to put an end to these oppressive policies that are aiming to strangle the church,” Borji said.
More than 20 believers remain in prison in Iran, because of their Christian faith, according to the MEC report. Five of those are held in Tehran, five in Shiraz, three in Kermanshah and at least two in Isfahan. Five others in Isfahan were confirmed released in early May, including Hekmat Salimi, lay leader of St Luke’s Anglican Church.
Noorallah Qabitizade, in the southwestern city of Ahwaz, and Farshid Fathi, in Tehran’s Evin Prison, have been detained since December 2010.
Yousef Nadarkhani, of the Church of Iran, has been in prison since October 2009 and is still under the death sentence. Behnam Irani, also a member of the Church of Iran, has been in prison in Karaj since May 2011 and is in poor health.