Christian leaders have called on the Turkish government to reverse urgently the decision to turn Istanbul’s renowned Hagia Sophia cathedral, the seat of Eastern Christianity for some 900 years, into a mosque.

The World Council of Churches, which has 350 member churches, said it feels “grief and dismay” at the decision that it predicts will sow division. 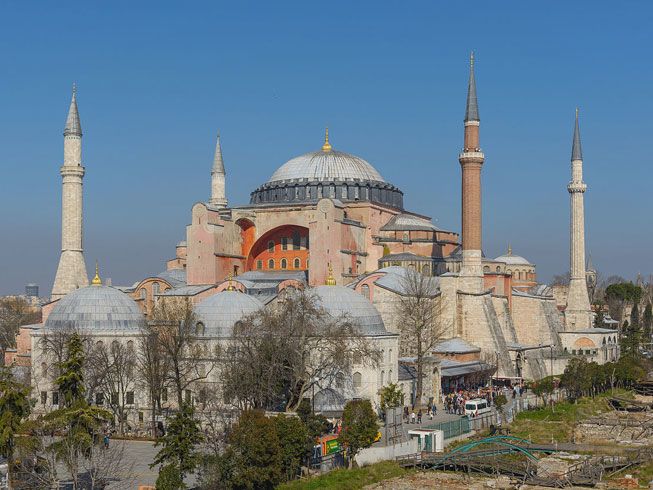 Turkey’s President Recep Tayyip Erdogan signed a decree on 10 July stating that the UNESCO World Heritage site, which has been a museum for the last 90 years, would reopen as a mosque on 24 July. The decree followed a court ruling that annulled the building’s museum status.

The Hagia Sophia was built 1,500 years ago as a cathedral, but was converted into a mosque in 1453 after the Ottoman armies conquered Constantinople. It was converted to a museum in 1935 on the orders of Kemal Ataturk, founder of Turkey’s secular republic.

Ioan Sauca, interim general secretary of the World Council of Churches, said in a letter to President Erdogan, “By deciding to convert the Hagia Sophia back to a mosque you have reversed that positive sign of Turkey’s openness and changed it to a sign of exclusion and division.”

He added that the decision “will inevitably create uncertainties, suspicions and mistrust, undermining all our efforts to bring people of different faiths together at the table of dialogue and co-operation”.

The Russian Orthodox Church also condemned decision, saying “the concern of millions of Christians have not been heard”. It said the court ruling indicated “that calls for the need for extreme delicacy in this matter were ignored”.

Repression of religious minorities is increasing in Muslim-majority Turkey, particularly under Islamist President Erdogan, who has been outspoken about his desire to recreate the Ottoman Empire. Hostility towards Christians has worsened in recent years with the rise of Erdogan’s AKP party. Critics of the government have said that “hate speech” by the government has led to increasing attacks on minority religions.